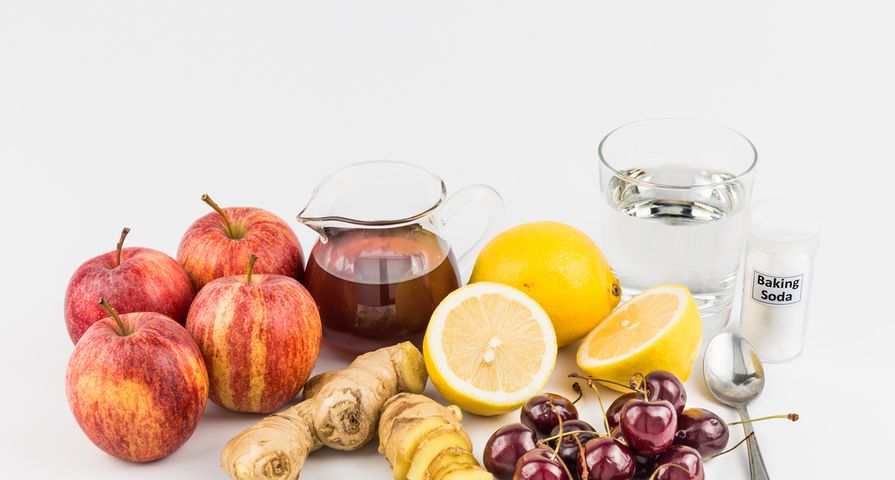 Tips for Managing a Gout Attack
Gout is a type of arthritis that causes a great deal of pain and discomfort in the joints. It can target any body part including the ears, wrists, knees, ankles, and even small joints in the hands. Those who suffer from gout have to deal with flare-ups that come in the form of inflammation, swelling, and tenderness in the joints.

This condition is caused by high levels are uric acid in the body, but is also linked with a lack of exercise, high alcohol consumption, stress, a high protein diet, and genetics. While it can be maintained, gout can also be linked with other health conditions, so proper medical attention is needed. In addition to medication and pharmaceuticals, there are many natural at-home remedies that can help relieve the symptoms of gout, including these…

This one is super easy and is actually something we should all be doing on a regular basis. According to Reader’s Digest, one of the best remedies for gout symptoms is to drink lots of water. Anyone who’s dealing with pain and swelling should make sure they stay very well hydrated. The water will help flush out any build up of uric acid in the body and keep gout under control.

Another reason to drink lots of water is because it keeps the kidneys healthy. When our kidneys are in good shape it helps to reduce the amount of uric acid in the body which will avoid crystal buildup and future gout attacks. WebMD also points out that a body without enough water and hydration will cause uric acid levels to rise even higher. The best thing to do to maintain normal uric acid levels is to remain hydrated throughout the day.

2. Use a Cold Compress

A cold compress is always the go-to for any kind of swelling. This is no different for gout. Reader’s Digest suggests soaking the affected area in cold water rather than using ice. This is because in some instances ice can damage the skin and make the condition worse.

However, WebMD does note that gout can be soothed with a cold pack or ice wrapped in a thin towel. The source recommends applying it to the joint for up to 20-minutes a few times a day. If you suffer from diabetes or nerve problems, do not apply ice to the hands or feet.

Gout is known for affecting the joints in the hands, feet, knees, and ankles. The most common symptom is pain and swelling which is why it’s recommended to try and elevate the affected joint during a flare-up or any discomfort. “This encourages blood and fluid to move away from the joint and back toward the heart,” says Medical News Today.

The source also suggests using a cold compress in combination with the elevation to reduce the gout symptoms even more.

This delicious fruit is loaded with antioxidant properties which make it a great remedy for gout. Due to their anthocyanin content, they will work to reduce inflammation and flare-ups. Reader’s Digest advises eating about 15 to 20 cherries every day.

You can also try using black cherry juice or a black cherry juice extract. Dr. Axe refers to a study published in Arthritis & Rheumatism which found that six of the individuals who used cherry extract were able to reduce their gout symptoms in just two days. This treatment is believed to be able to reduce gout attacks by 35-percent. “When cherry intake was combined with allopurinol use, a prescribed medication for gout and kidney stones, the risk of gout attacks was 75-percent lower,” writes Dr. Axe.

Celery seed extract and celery juice are great for treating gout symptoms because they are able to help reduce any uric acid buildup in the body. According to research, there are over a dozen antioxidants that are “responsible for the benefits of celery — these include phenolic acids as caffein acid and ferulic acid, plus flavanols like quercetin,” writes Dr. Axe. These antioxidants are why celery is so good at treating conditions that deal with inflammation, joint pain, gout, kidney and liver infections, skin disorders, irritable bowel syndrome, and urinary tract infections (among many more).

So where do we find celery seed extract? Dr. Axe says it can be purchased as a supplement, but you can also use a vegetable juicer to create your own celery juice. You can also just eat celery throughout the day.

An apple a day keeps the gout away! Apples contain malic acid which works to reduce the uric acid in the body. “The malic acid makes apples one of the most optimal gout treatments because it reduces swelling and relieves pain,” says Reader’s Digest.

It’s important to note that there isn’t much scientific research to back this up. It’s also questionable because apples contain fructose which may trigger hyperuricemia, leading to gout flare-ups. Healthline recommends eating only one apple a day for overall health, but don’t overdo it because it can lead to excessive sugar consumption.

Gout is often caused by or linked to obesity which is why exercise is a logical solution for treating gout. Gout flare-ups can be caused by stress which can be reduced with exercise, so whether you like it or not, exercise is one of the best ways to reduce and prevent gout symptoms! The best part about this is that it’s totally free. It doesn’t cost a thing to get out and move around.

“Exercise reduces the level of uric acid in the body by normalizing [regulating the amount of glucose in the blood],” writes Reader’s Digest. “Exercise will help to reduce the frequency and severity of flare-ups.”

To make your own lemon water mix the juice from one lemon with half a teaspoon of baking soda. The source then says to pour that into a glass of water and drink it immediately. You can also just add lemon juice to water. If using the latter method, try and drink three glasses a day.

Using Epsom salts in a bath are a great way to reduce stress. They can also be great for treating gout! The reason these salts are so good at reducing inflammation is because they are high in magnesium, which can help lower the risk of gout. There is some speculation about this though as it’s been found that magnesium cannot be absorbed properly through the skin in order to gain any health benefits.

But it’s worth a shot! If you’re looking to try this remedy, Reader’s Digest suggests “[Soaking] the affected body part in a mixture of Epsom salt and warm water for pain relief and to reduce swelling.” Use about 1 to 2-cups of salts in your bath.

Similar to apples, bananas have been touted as a fruit that can help with gout. Bananas are known for being rich in potassium which is great because potassium can help encourage the tissue and organs to function properly.

However, beware of their fructose content because it can be a trigger for gout. “Many foods are higher in potassium and lower in sugar than bananas, such as dark leafy greens and avocados,” writes Healthline. To limit the amount of sugar you’re eating, stick to only one banana a day. Whenever bananas are offered as a solution for gout, keep in mind there is no scientific evidence to back this up.

Ginger is known for its anti-inflammatory properties which is why it is so great for gout. Healthline refers to one study in particular which found that ginger in the form of a topical solution is able to reduce any pain caused by uric acid. Another study found that people with “high levels of uric acid (hyperuricemia), their serum uric acid level was reduced by ginger,” writes the source. It’s important to note that in this study the subjects were rats and the ginger was ingested internally, not topically.

There are so many ways to incorporate ginger into your diet, but the easiest way is by ingesting it internally through a tea or a homemade topical solution. To make a tea, boil some water and steep 2-teaspoons of ginger root for about 10-minutes. Drink this about 2 to 3 times a day. In addition to that, you can also create a paste. Healthline suggests boiling water with 1-teaspoon of grated fresh ginger root. Soak a washcloth in the mixture, then let it cool. Once it has cooled down, apply the cloth to the affected area at least once a day for 15 to 30 minutes at a time.

This one might seem a little strange, but trust us, it works! Baking soda can be useful in reducing gout symptoms because like many of the other items on this list, it works to reduce the amount of uric acid in the body. When we reduce this uric acid, the pain from gout goes away.

Reader’s Digest says to mix half a teaspoon of baking soda into a glass of water. Drink this solution four times a day for two weeks during a flare up. The source notes that anyone over the age of 60 should only drink this three times a day.

We’ll admit that apple cider vinegar doesn’t taste so great, but it does work! This cooking ingredient works wonders for pain and swelling due to the acidity in the vinegar. All it takes is a teaspoon of apple cider vinegar mixed into a glass of water, says Reader’s Digest. Drink this mixture three times a day to help keep gout at bay. If this remedy works for you, you can try increasing the amount of apple cider vinegar in the water.

You might not have ever heard of nettle tea as it’s not that common, but it’s actually made from stinging nettle (Urtica dioica) which is an herbal remedy used to reduce inflammation and pain, says Healthline. While there’s not too much science to back this up, it’s use had been well documented. Healthline refers to one study in particular which found that stinging nettle can improve the kidneys. The subjects of this study were male rabbits and the “kidney injury was induced by administration of gentamicin, an antibiotic.”

Dr. Axe describes nettles as a “powerful anti-inflammatory phytonutrient” that can be consumed in the form of a tea. A review published in Toxicology and Applied Pharmacology found that nettles works as an anti-inflammatory food. It can be purchased as a tea or a supplement.

To brew this tea, start by boiling some water. Steep the water with 1 to 2-teaspoons of dried nettle per cup of water. Drink 3-cups every day. 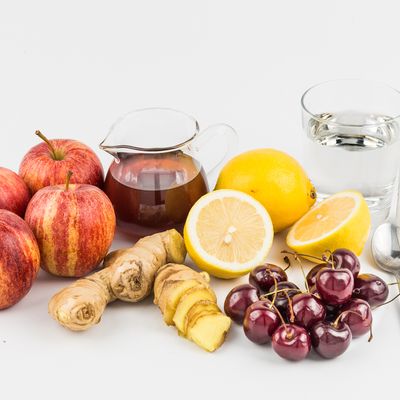