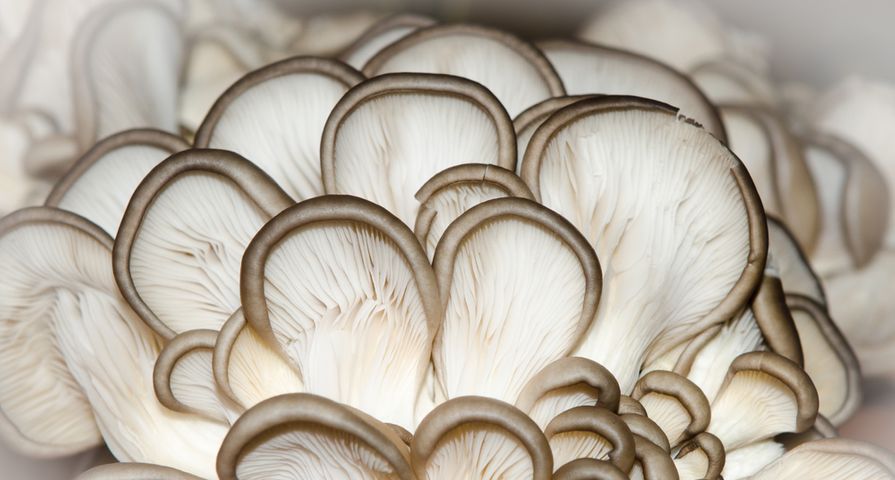 For thousands of years mushrooms have been used to help sustain people around the world. But they do more than simply feed us and keep us alive. Mushrooms can also promote health and vitality, carrying out certain functions that other foods cannot.

The trick is knowing which mushrooms do what and how to find them. Thanks to the advancements of modern science, we now know more about mushrooms than ever before, including how mushrooms can reduce inflammation, boost our immune system power, and give us more energy…

This rare mushroom can be found on caterpillars in the north of China. Traditionally, cordyceps been used to treat a range of health conditions, from type 2 diabetes to severe asthma. Now, experts are focusing on the potential of cordyceps to improve kidney function in patients undergoing kidney transplant.

But that’s not all; according to research from the Memorial Sloan Kettering Cancer Centre, it’s even possible that cordyceps can boost our endurance, making us able to run faster and jump higher. So, this isn’t the type of mushroom you’ll be slipping into your favorite pasta sauce, but it might make the difference if you’re looking to boost your overall state of health.

This is another mushroom that probably won’t make the best addition to your Mom’s spaghetti sauce recipe. Described as having a tough texture and bitter taste, reishi is strictly medicinal, but it could have a lot to offer your health.

That’s because reishi, which has been called the “mushroom of immortality,” has antibacterial and antiviral properties, making it a great choice for fighting off a nasty cold or infection. Reishi has also been heralded by WebMD.com as an anti-aging tool, helping us look and feel younger.

Ask anyone to name a famous mushroom and chances are they’ll list the shiitake, which has been used not only for its unique flavor, but also because traditional Chinese medical experts believe it can naturally boost the body’s energy levels.

And that’s not all. Traditional Chinese healers also believe the shiitake mushroom can improve the immune system’s functionality and may even help lower cholesterol levels. And for those fighting a frightening battle with cancer, research published by the Journal of Clinical Oncology suggests eating shittake mushrooms can help slow the development of some types of cancer cells.

There’s no denying the distinctiveness of this mushroom’s name: lion’s mane. But it’s an apt moniker, considering that this type of mushroom is believed to boost memory, improve cognitive functionality, and boost other brain powers.

National Institute of Health studies (mostly performed on animals) have revealed that consuming the lion’s mane mushroom could help to repair damaged nerves and may even help slow the growth of cancer cells.

Maitake, which is widely known as the dancing mushroom, is believed to have a significant effect on the development of cancer cells, specifically for slowing their growth (according to limited clinical trials). Eating maitake mushrooms can even help cancer patients with the many side effects of cancer, such as reducing hair loss and limiting nausea.

Maitake has also been used to help diabetes patients maintain acceptable blood sugar levels and help in the effort to lose weight.

Oyster mushrooms, so named because of the way they look like the seafood, make for a popular addition to many different types of dishes. But there’s more to oyster mushrooms than their flavor. These mushrooms are also used to help boost the body’s overall health.

That’s because oyster mushrooms, or abalone mushrooms, are high in antioxidants, allowing them to help fight free radicals and boost the functionality of the immune system. As such, the oyster mushroom may be able to help in the fight against cancer and serious infections.

Turkey tail, a striped fungus, has also been said to help alleviate some of the side effects seen in cancer patients undergoing aggressive and painful chemotherapy treatment, including nausea and hair loss.

Like many of the other mushrooms on this list, it’s possible you’ve never heard of the chaga, which in years past was limited to use by the people of Russia and northern Europe. However, today its potential, which includes helping boost the immune system and fight viruses, is becoming known beyond these frigid and distant lands.

In fact, new NIH studies show the chaga contains properties that could help fend off dangerous pathogens that lead to infection, toxic side effects, and inflammation. The chaga may also help in the fight against cancer, though research is ongoing.