Seasonal Eating Tips to Ready Your Diet For Fall 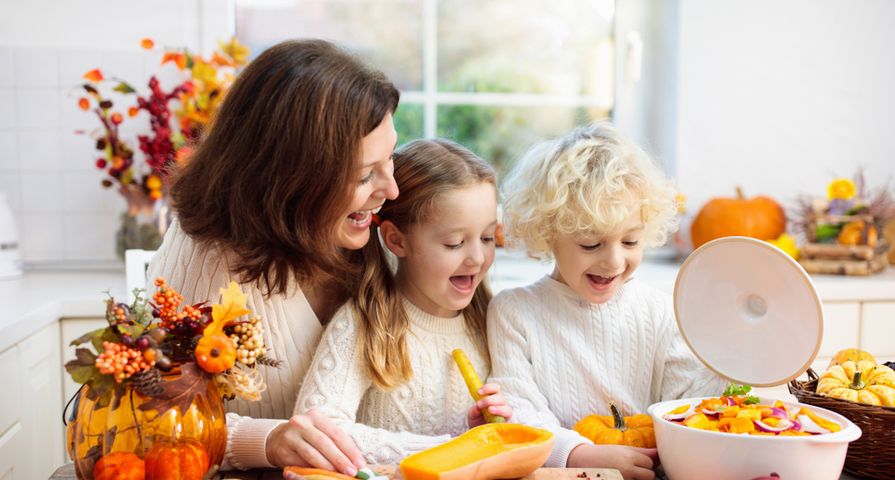 As the seasons change so should your diet. In fact, your body undergoes certain changes, referred to as circadian rhythms, as the days become shorter, cooler, and darker.

To ensure your body is getting the proper nutrients for fall, here are eight autumn eating tips…

A study published in the Oxford Journal draws a direct line between our circadian rhythms (which cause gene and hormonal fluctuations) and seasonal changes. The research study, conducted over a 1-year period on 499 participants at 5-equally spaced points found that the body can undergo obesity risk factors that affect body weight (weight loss or gain) when certain hormones (i.e., adiponectin) are impacted by the changing seasons.

A study from the Biological Psychiatry found that we tend to crave carbohydrates in fall, as the days get shorter, cooler, and darker. This, in turn, produces increased levels of certain hormones and causes amplified levels of tryptophan and serotonin, two hormones that boost mood and have the ability to soothe certain types of weather-related moods and depression (i.e., seasonal affective disorder).

Approximately 10-percent of the population suffers from seasonal affective disorder, or SAD, a type of depression that’s impacted by weather and begins in late fall or early winter and dissipates in summer as light periods increase. However, that doesn’t mean you have to suffer through the fall and winter months.

Doctor Judith Wurtman, co-author of The Serotonin Power Diet as well as author of several articles in Scientific American, studied the SAD-carb connection and discovered that 30-grams of carbohydrates per day (roughly 120 calories from carbs) will produce adequate serotonin to boost positivity.

Unfortunately, research published in PLoS One medical journal and by the Mayo Clinic, linked mood fluctuations in fall (i.e., SAD and mild depression) due to changing light cycles to increased risk of metabolic syndrome.

I know that motivation for outdoor physical activity is scarce as the weather cools and the sky is gray. However, staying active in the fall will boost your mood, combat metabolic syndrome, and keep your waistline trim. With holidays, like Thanksgiving, on the fall agenda, regular physical activity (i.e., running, walking, yoga, aerobics classes) can keep your energy and mood levels high while helping to burn off the calories of a rich holiday meal.

In fall, as we experience less and less sunlight, our stores of vitamin D (the sunshine vitamin) can quickly become depleted. The lack of natural sunlight can be partially remedied by taking a vitamin D supplement.

Of course, supplementation alone won’t completely blast SADs, but it can soothe some of the symptoms in addition to eating foods high in vitamin D and taking advantage of sunlight on bright days (try to get at least 15 minutes a day whenever you can).

Your diet for fall should include an array of foods high in vitamin D. With wanting natural sunlight, foods like egg yolks, fatty fish (salmon, tuna and mackerel), cheese, and fortified foods (i.e., cereal, orange juice, and soy and almond milk) can boost mood while protecting bone health and immune function during cold and flu season.

Keep an Eye on Weight

A study from the National Institutes of Health discovered that the average American gains roughly 5-pounds from the period between early fall and late winter. This gradual weight gain can sneak up suddenly and be harder to shed as we age and our lean body decreases naturally. This is using a scale or measuring tape to weigh yourself weekly may help you maintain a healthy body weight.