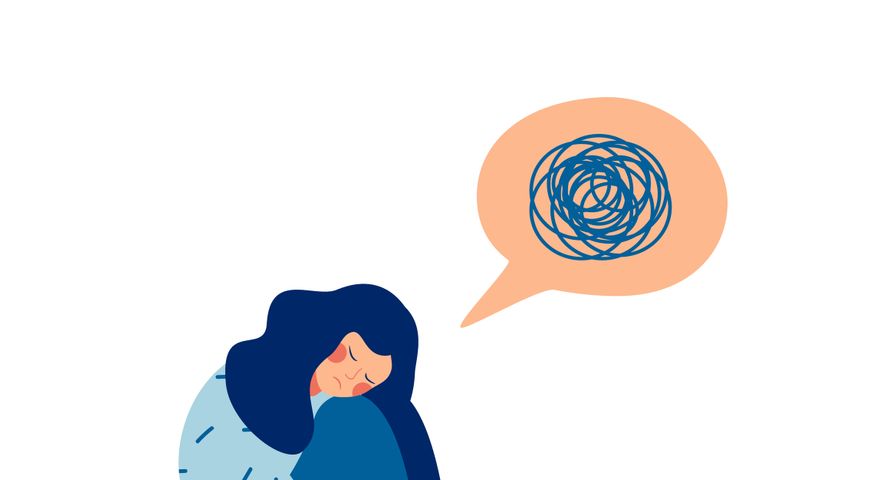 Work stress, or worse, job loss or the loss of a loved one to a breakup, or worse, death—can understandably cause a deep depression that’s difficult to recover from. However, many of our common, every day habits (i.e., activity levels, sleep loss, alcohol or drug use, and even harboring grudges) can all harm our mental well being.

There’s a very good reason why we trudge through the day on edge, irritable, and downright sour after a night (or extended period) of poor sleep. Those who are habitually deprived of healthy shut eye increase your risk of developing a depression- or anxiety-related disorders due to a startling lack of melatonin, a sleep-related hormone that fosters your circadian rhythm (the biological sleep process).

To sleep more soundly, the National Sleep Foundation recommends limiting caffeine and alcohol consumption before bed, as well as shutting off light-emitting technology (i.e., laptop, computer, tablet, and smartphones) at least 3 hours before you hit the hay.

A 2011 UK study shows us that work-life balance is vital for good mental health.  The study, which monitored civil servants who worked 11 or more hours daily, found that a “workaholic” lifestyle increased the chances of depression by 50-percent compared to those who put their family, social lives, relaxation, and passions at the top of their priority lists.

You Insist on a Nightcap

Alcohol might perk you up in social situations, however, neuroscientists at the University of California, San Diego deem booze a “depressant” for good reason. Alcohol has a depressive effect on the central nervous system, dampening your mood and sleep patterns. This is why drinking right before bedtime will cause poor sleep even though it may appear to help you to fall asleep more quickly.

I have news for you, avoiding exercise may cause more than a spare tire around your midsection—it will interfere with your mood as well. In fact, researchers at Harvard Medical School have established that just 20-minutes of brisk activity daily has a positive effect on brain chemicals and hormones, which in turn play a role in boosting contentment and self-esteem while reducing anxiety and depression.

An angry outburst might be embarrassing or regretful, however, the purging of negative emotions (i.e., anger, frustration, and sadness) through healthy catharsis is actually very healthy, according to a co-study from Harvard School of Public Health and the University of Rochester.

Findings showed that bottling up negative feelings put folks at risk of depression and literally taking years off their lives, by increasing the risk premature death by 35-percent, the risk of heart disease by 47-percent for heart disease, and the risk of cancer by 70-percent.

You might prefer to hibernate come fall and winter, however, a research from the U.S. Centers for Disease Control shows that lack of time spent out of doors leads to vitamin D (sunshine vitamin) deficiency as well as high rates of depression, obesity, diabetes, cancer, cardiovascular disease, osteoporosis, and the development of several autoimmune diseases.

This is why spending as much time outside as possible is essential for our mental wellbeing. With winter approaching, it’s still important to make a point to get outside periodically, even when it’s cold, to prevent depression and Seasonal Affective Disorder (SAD).

If you’re house slightly grays into hoarding territory, look within. Psychologists at New York’s Montefiore Medical Center, claim that those who live comfortably amidst clutter are actually ignoring it and experiencing psychological distress that can be rooted in depression- or anxiety-related conditions.

Alternately, try investing in experience-based rather than material objects for improved mental health.

There’s a good reason why many of us should go easier on ourselves, especially if our standards for career, education, athleticism, and more aspects of our life are a little…shall we say, unrealistic. In fact, a body of research from the American Psychological Association shows that demanding perfectionism can cause a series of mental health issues (i.e., eating disorders like anorexia, anxiety, depression, and suicide).

Experts suggest that rather than trying to satisfy the unattainable goal to appear perfect—we should focus on a healthy motivation for reaching ambitious goals while learning and making room for educational missteps along the way. 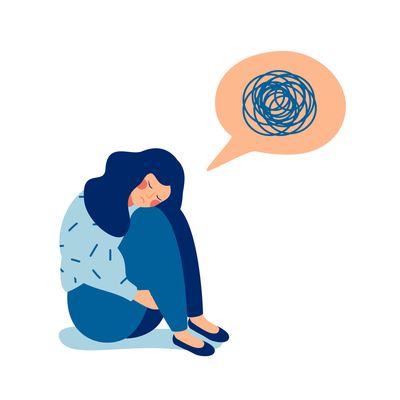