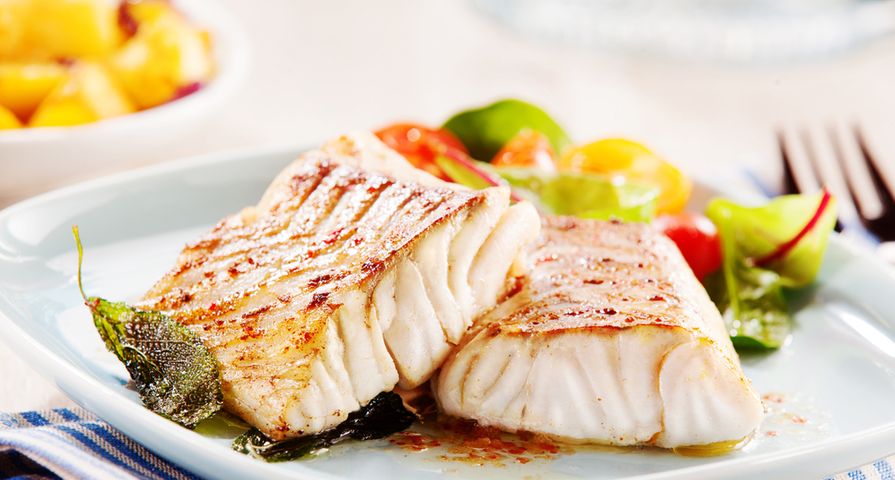 Strokes are something that can happen to anyone at almost any age, and can leave a patient with catastrophic results. While there isn’t a 100-percent foolproof way to avoid one, there are lifestyle changes you can make, as well as changes to your diet.

“The best way to prevent stroke is by improving your diet,” explains FoodRevolution.org. However, if you’re thinking of making changes to your diet, you may want to consider cutting or reducing red meat and focus on these 13 plant-based choices…

We thought we’d start this off with something that may get a lot of people excited – chocolate does in fact lower heart disease and stroke risk, according to a BBC article. However, it doesn’t recommend you stuff your face with chocolate – it notes a “moderate” amount (16-grams to 100-grams daily) is beneficial.

There’s a study to back this up – it’s not just wishful thinking. The BBC explains the University of Aberdeen looked at the eating habits of more than 20,000-subjects of middle to late age, and its conclusion was that those who consumed “a small bar per day had an 11-percent lesser risk of cardiovascular disease and a 23-percent reduced risk of stroke.” This may be because of the “protective effect” of chocolate (such as reduced blood pressure), it adds.

According to Julie Ching, registered dietitian, not all chocolate is made the same and it’s best to stick with dark chocolate and monitor how much chocolate you’re consuming. 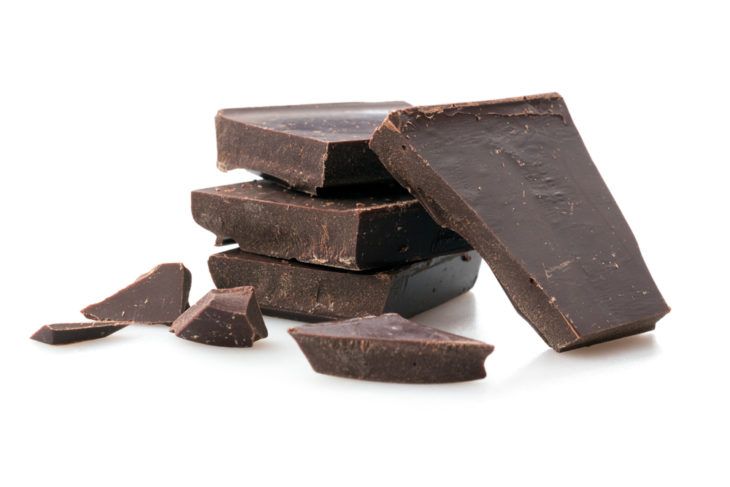 Good news, ladies… eating an orange or grapefruit can lower your chance of having a stroke, according to an article from LiveScience. The source cites a study that found women who “ate the most citrus fruit” lowered their risk of an ischemic stroke (when blood flow to the brain is blocked) by 19-percent.

The article notes previous research has shown that flavonoids present in citrus fruits (and other food items that will appear in this article) have some health benefits, but not all sources of them seem to be associated with lowered stroke risk. Citrus fruits have a subcategory of flavonoids and flavanones that the study found to be most beneficial when it comes to avoiding stroke, it adds. 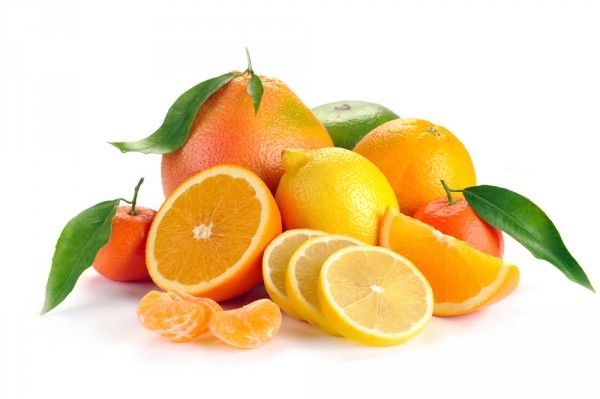 Foods in this category are rich in fiber and that is associated with a lower stroke risk, notes an article from Harvard Medical School. The article notes that eight studies from around the world were looked at to determine those who increased dietary fiber by 7-grams per day had a 7-percent lower stroke risk.

The article adds that you can get 7-grams of fiber from items including a bowl of whole-grain pasta – while you can also get benefits from other whole grains such as brown rice, whole-wheat bread, and quinoa. 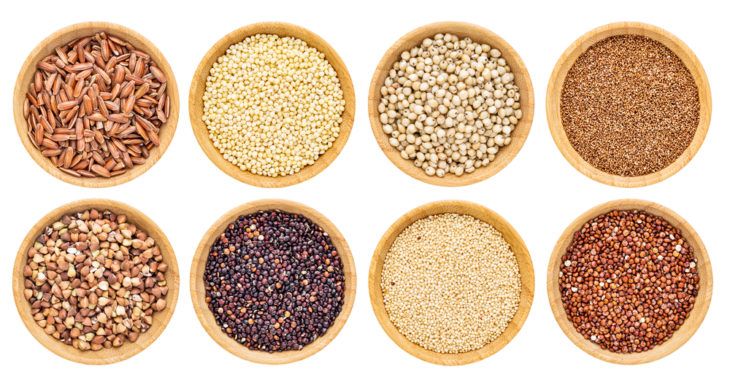 The National Peanut Board (not to be confused with the peanut gallery) says that eating peanuts every day can cut risk of stroke and other diseases. The source says that a “systematic review” of 20-studies shows a handful of peanuts each day as a healthy snack lowers the risk of stroke, coronary heart disease, and cardiovascular disease.

The article explains that nuts and peanuts are “solid sources of nutrients” including fiber, and we’ve already learned that fiber is beneficial in lowering stroke risk. Fiber helps control high cholesterol, which is a risk factor for stroke, it adds. Five ounces of nuts per week as part of a balanced diet is ideal, suggests the peanut board. 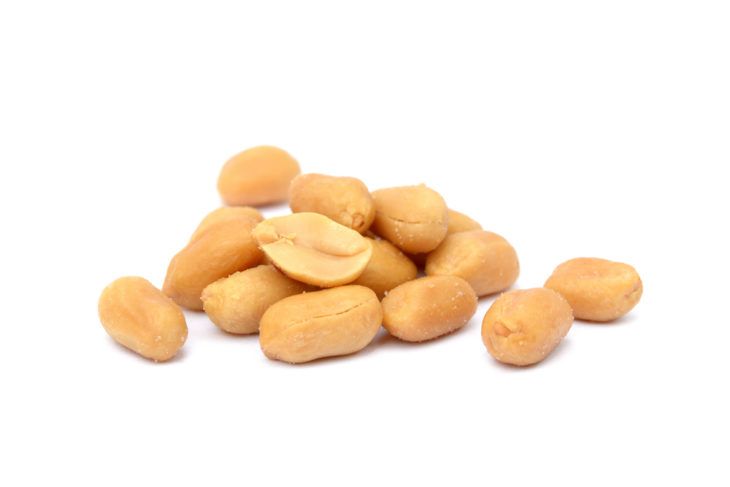 These tasty taters are high in potassium, which may lower stroke risk, explains an article from LiveScience. The source specifically points out the benefits of eating potassium-rich foods for older women (aged 50 to 79).

The article says researchers looked at more than 90,000 women in that age range for an average of 11-years, examining their potassium intake in relation to stroke episodes or death during the study period. The conclusion is that women who ate the most potassium had a 12-percent lower risk of stroke than women who consumed the least potassium, it adds. Potassium helps control the effects of salt in the diet (such as higher blood pressure), notes LiveScience. 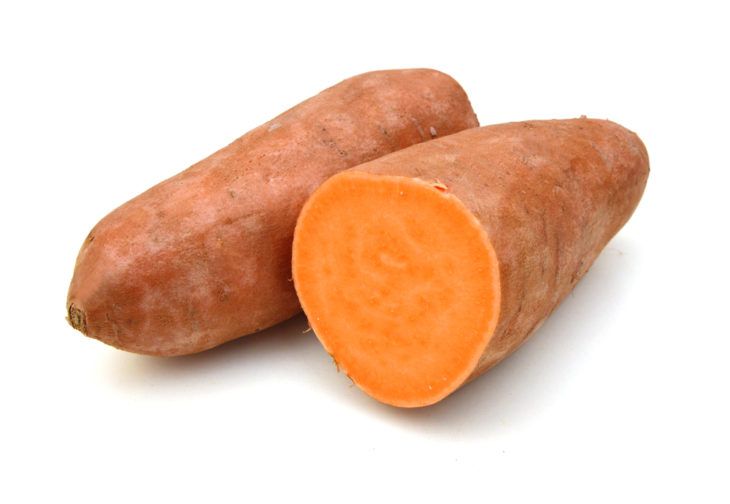 A website called MiracleOfGarlic.com tells us how consuming garlic can prevent a heart attack or stroke. It explains the reasons behind having a stroke to begin with – clogged blood vessels that can cause higher blood pressure or clots. A heart attack or stroke is the respective block of blood to the heart and the brain.

Aside from reducing the amount of sugar in your diet, you can also try adding garlic to your routine, which according to the source can help lower cholesterol and fatty deposits, as well as thinning blood to reduce the chance of clotting. Because of that last point, the source points out that you should be wary of garlic’s effects if you’re already taking blood-thinning medications. 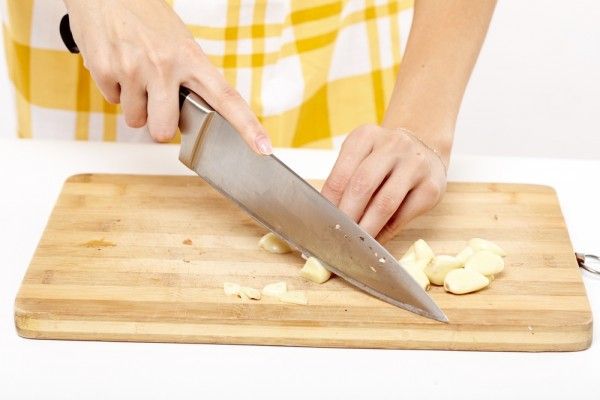 A lot of Americans can appreciate this one – coffee is a great American pastime. WebMD says that women in particular that consume a cup or more of coffee daily can be at lesser risk of a stroke.

Research of 34,670 women aged 49 to 83 shows that those who drank more than one cup of coffee daily had up to 25-percent lower chance of stroke, according to the source. “Exactly what it is about coffee that may lower stroke risk is unknown,” it says, noting there may be anti-inflammatory factors at play. But it also warns not to start stepping up coffee intake for the sole purpose of avoiding health problems, as “medical literature has been somewhat mixed regarding the effects of coffee on cardiovascular risk.” 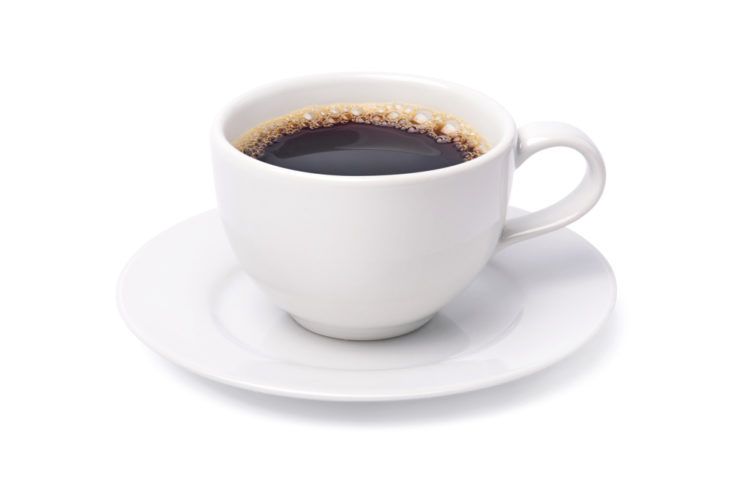 Harvard Medical School also reports that tomatoes – part of the fruit family – can lower stroke risk due to the content of something called lycopene, which gives tomatoes (and other fruits and veggies) their brilliant color.

The university also says lycopene is also a “powerful antioxidant” that eliminates free radicals that can damage DNA and cells. While a lycopene-rich diet can help stave off certain cancers, it says more recent findings show the benefits of it to help avoid strokes – Finnish researchers showed that men with the highest levels of this antioxidant in their blood had a 55-percent lower chance of suffering any type of stroke. 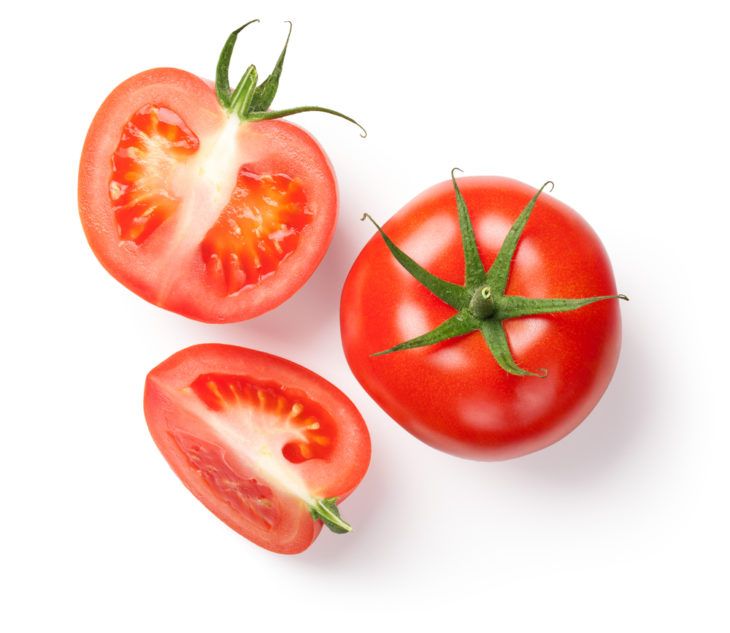 Fish is a component of a “Mediterranean diet” – which also includes fruits, nuts, vegetables, and beans. A recent article from EveryDayHealth.com notes a recent study shows women older than 40 in particular that follow this diet have a 22-percent lower stroke risk (on average).

However, it’s interesting to note that the study, published in the September 2018 edition of Stroke, found the same protective qualities do not apply the same to men, who showed only a 6-percent drop in stroke risk. 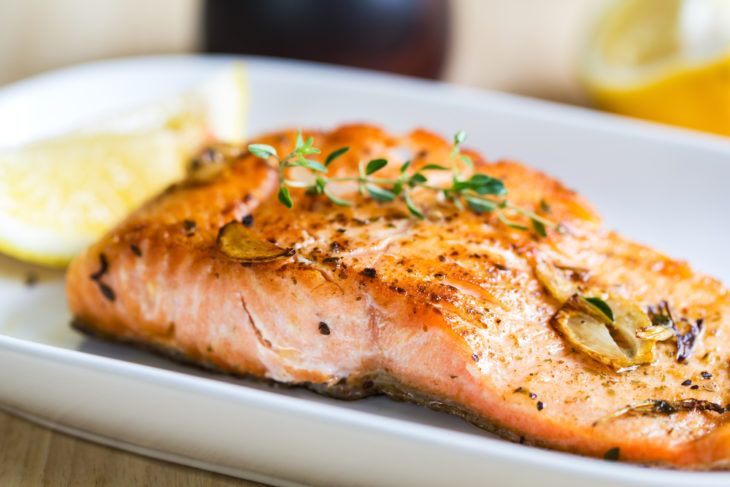 Reader’s Digest says a steaming bowl of oatmeal is a good way to cut down your LDL (otherwise known as “bad”) cholesterol, which can cause plaque to form inside vessels near the brain and boost stroke risk.

It says you should “start your day right” with 0.75-cups of oatmeal in the morning, which amounts to about 15-percent of your daily recommended intake of soluble fiber. It adds that you should aim for 20-grams of soluble fiber each day to keep your cholesterol levels within a normal range. 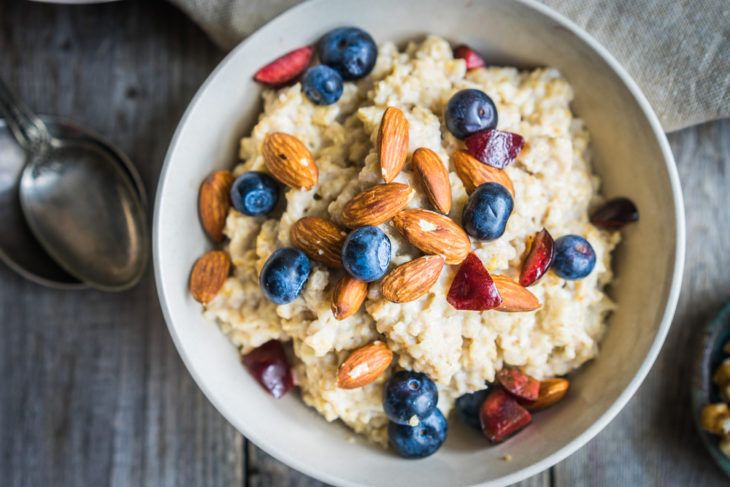 Reader’s Digest also suggests you up your black bean game to help you lower stroke risk. Eating black beans will “make a major dent in your daily fiber goals” – 0.75-cups of these yummy beans equals 27-percent of your daily intake requirements, it adds.

The nice thing about black beans is that it’s a main ingredient of burritos, and burritos are delicious. Just make sure you don’t load up with too many other ingredients that can counteract the benefits, such as piling in red meat or slurping a diet soda alongside it. 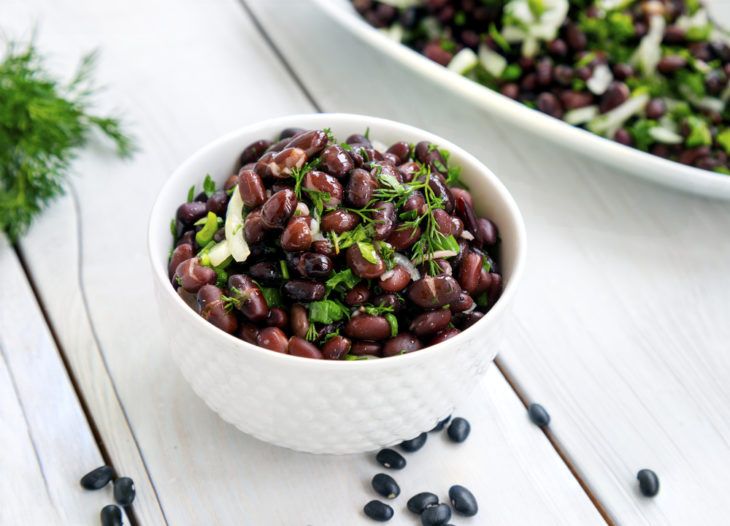 The same source says you should go bananas about eating bananas, at least if you’re looking to lower stroke risk. The source explains potassium is a big factor in lowering stroke risk, and the benefits seem to increase the more you consume.

The source cites a study that shows those who have 9-servings of potassium rich foods each day have a 38-percent lower risk than those who have 4-servings per day. In case you were wondering, a banana has about 422-mg of potassium, and the source says you should aim for about 4,700-mg per day.

Be mindful of how many bananas you’re eating because bananas also have a lot of sugar and are not appropriate for everyone. Speak with your dietitian to confirm if bananas would be a good source of potassium for you, says Ching. 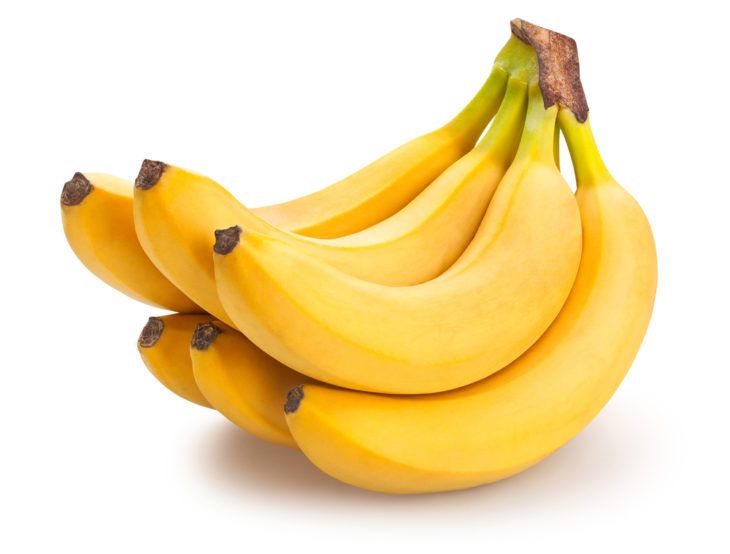 This one might come as a bit of surprise, at least to us – the NHS health service in the UK notes that eating 40-grams of cheese each day might reduce your stroke and heart attack risk, citing findings by Chinese researchers.

The source says the researchers reviewed previous studies (based primarily in Europe and the U.S.) and found a “modest” cardiovascular disease (including stroke) risk reduction of about 10-percent linked to eating cheese. However, the risk starts to rise again if you eat daily amounts of more than 40-g, it adds. However, some cheeses are high in saturated fats, which is in turn linked with cardiovascular troubles, it notes. It’s hard to prove the benefit of cheese in risk reduction, admits the source. “The link may be influenced by other health and lifestyle factors, such as exercise,” it says. 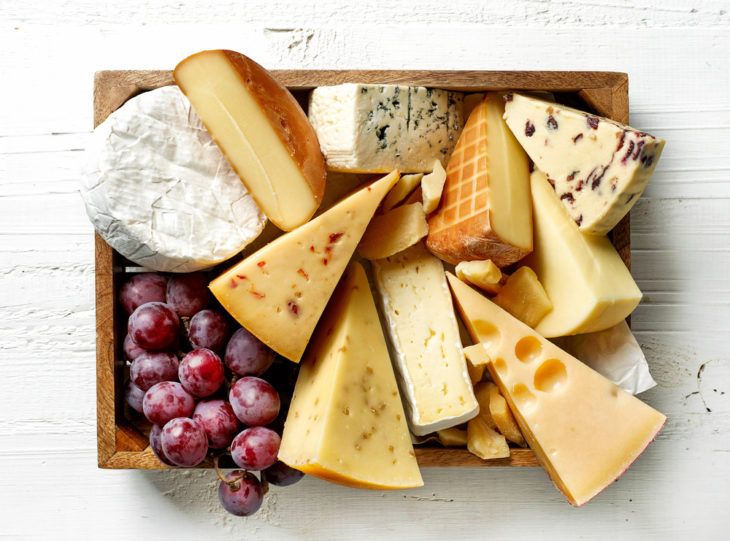