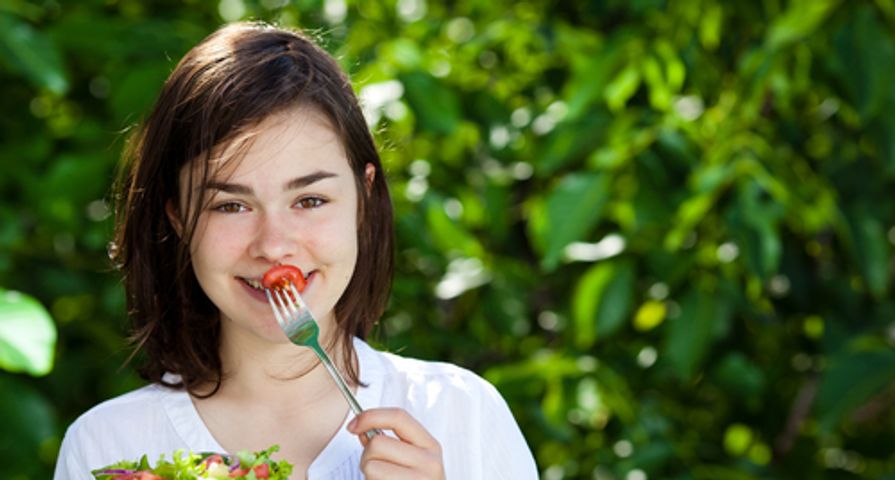 Popular Foods You Should Buy Direct From Farmers' Markets
You’re probably asking yourself – how come every food that’s bad for us tastes so good, and vice versa? Well, it turns out it comes down to how you program your brain to enjoy food – and there are ways to rewire it so you crave foods you would otherwise turn your nose up at.

Before you know it, you might be craving some carrot sticks before bedtime instead of a bowl of ice cream. However, it’s not an overnight process to retrain your taste buds – so here are seven suggestions on how to do it.

WomensHealthMag.com concurs that un-training your brain to love sugary and fatty foods can a long game, so it should be done gradually. Your brain builds up a sort of tolerance to the food and it takes more and more to reach the same level of satisfaction. “Frequent consumption of sugary, fatty, or salty foods both hooks and dulls your taste buds,” it explains.

It says you should “cut down in baby steps” rather than go cold turkey on junk. One easy example from the source is using one spoonful less sugar in your coffee for a week, and then cut another spoonful after that. After about a month you’ll notice it takes less of your favorite go-to foods to hit the spot, it explains. This will also make “your palate more receptive to new flavors,” it adds.

Perhaps you tried a healthy food 10-years ago and it didn’t agree with you, so your brain is convinced it’s horrible and you should avoid it. However, Reader’s Digest suggests you should try digesting those same foods again as you may not mind them as much the second time around.

“Taste buds typically become less sensitive with age, which allows you to enjoy foods that once tasted too strong or bitter, like Brussels sprouts, olives, or turnips,” explains the source. Also, you probably weren’t thinking about the nutritional value of these foods when you were a kid either.

Unhealthy eating sometimes can be driven by our schedules – in other words, whatever’s quickest to get down that leaves us feeling full. MindBodyGreen.com explains people today place to much emphasis on the quantity of food rather than quality.

It also says if you love food, take your time eating it. Instead of shoveling down lunch in 5-minutes, making eating feel like a “chore,” you should give your brain a chance to catch up to your pace of eating. The source explains the hormones that trigger the feeling of fullness during eating can kick in after you’ve already wolfed down a large meal, when you’ve actually already eaten too much. Taking the time to enjoy and savor the food is also important, and “connects taste appreciation to hunger drives”.

Livestong.com details a small study by Harvard and Tufts universities. The overweight adult subjects in the study were divided into 2-groups: one that received 6-months of behavior-based training, and the other without any weight loss guidance.

The researchers used MRI scans at the start and end of the study to see how subjects’ brains in both groups would light up when showed commonly (unhealthy) foods as opposed to healthier alternatives, with positive results for the trained group. Examples of images used in the study included baked sweet potato instead of French fries, grilled chicken instead of fried chicken, granola bars instead of chocolate chip cookies, or a bran muffin instead of a doughnut.

If you can’t seem to stomach a particular food you know to be healthy, you can compromise a bit, explains WomensHealthMag.com. For example, if you turn up your nose to turnips, then try sprinkling some Parmesan cheese on them to mitigate the flavor, it suggests.

“Initially, what you’re doing is masking their flavor, but after several exposures, your brain forms a positive association with both tastes,” it explains. After a while, you’ll likely find you can stomach the healthy item on its own, and you might even enjoy it too.

If you can “mentally separate flavors” when you’re eating, you’ll not only retrain your tastebuds, you may become a better cook, explains LifeOptimizer.org. The source challenges you to try to separate out each ingredient in a dish, so you can better appreciate its contribution to the overall flavor.

It also suggests taking a bowl of greens, closing your eyes, and guessing which type of leaf (lettuce, chard, arugula) is in each bite. “There will definitely be some that you don’t like as much as others, but you may be surprised how many greens actually have a sweet crunchy flavor that’s enjoyable,” it notes. If there’s 1-green in particular you don’t like, resolve to try it 5-times before giving up, adds the source.

One more from Women’s Health magazine – make your presentation of healthy foods more beautiful. The source explains a study shows people rate salad at 18-per cent more delicious when artfully arranged, even with the exact same ingredients.

Another trick is to put the greener foods on the right side of the plate, where most Americans typically begin their meal from, explains the source. So, if you’re trying to get yourself (or a family member) to eat some greens or another healthy side, remember this trick.

Foods You Should Be Eating Every Day
X 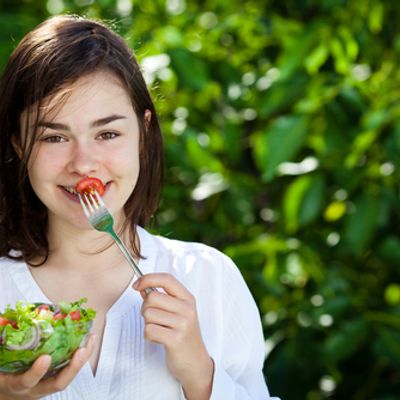