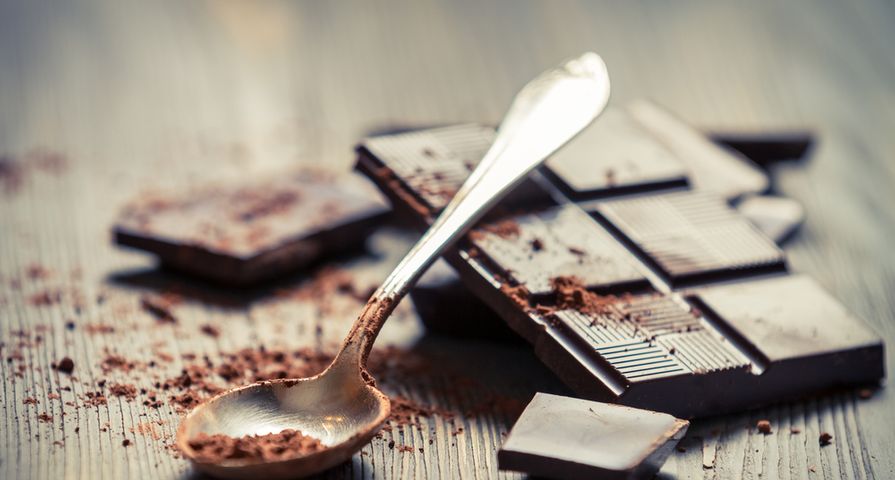 What Stresses Americans Out Most?

It turns out that you can find peace of mind by eating away your stress. I’m not talking about binge eating your feelings, but during those times when you feel your stress levels soaring—turn to these seven foods, which studies show help fight anxiety and bring your nerves back from the edge of that cliff.

Baked, poached, or grilled on a maple wood plank—there are just so many ways to enjoy this omega-3 fatty fish full of heart-healthy fats. While studies already credit salmon with inflammation-fighting powers, it turns out that this fish can also lessen the production of stress hormones (i.e., cortisol).

In fact, a study from Ohio State University monitored the diets and stress levels of a group of students, and found that those with diets rich in omega-3 fatty acids, had  20-percent less  anxiety levels compared to students who didn’t eat omega-rich fish (or take supplements).

You might prepare a plate of oysters for you date in hopes to harnessing their well-known aphrodisiac properties. However, a 2010 study from the Florida State University College of Medicine found that slurping back a single oyster reduces stress significantly.

Oysters not only lower cortisol—or stress hormone production—they’re also loaded with zinc—almost 7 times more zinc than any other serving of food. And this mineral is essential for preventing depression and powering up your immune system in stressful times so you don’t fall sick.

When it comes to comfort food nothing quite does the trick like a warm bowl of oatmeal. The hearty oat not only makes a good breakfast food, but bakes up nice in an assortment of cookies, meat crusts, breads, muffins, and energy bars.

According to Web MD, it’s the complex carbohydrates in oatmeal that ward off stress and reduce blood pressure by increasing the body’s emission of serotonin. Dubbed the “feel-good hormone,” serotonin contains calming antioxidant properties that create a soothing feeling to evade anxiety in the brain.

No, I’m not pulling your leg, chocolate of the dark (not milk) variety does have stress-fighting properties.  According to a study published by the National Institutes of Health, dark chocolate contains both flavonols and polyphenols, which bring about a feeling of calm and lower blood pressure.

One in Five Americans Needs Drugs to Relax, Survey Shows

Elevated cortisol, stress hormone, levels can wreck havoc on your physical and mental health. For instance, high levels of the fight or flight hormone can cause weight gain, depression, and low immunity.

However, according to Erin Palinski-Wade, a Registered Dietitian and the author of Belly Fat Diet For Dummies, sipping OJ can decrease the production of cortisol thanks to the nerve-calming powers of 1,000-miligrams of vitamin C!

You might assume that a study by the British Journal of Nutrition would recommend tea for calming your nerves, but instead of a strong cuppa, the researchers pointed to asparagus as a means to quickly lower stress and increase feelings of calm and tranquility.

Findings from the study indicated that the high levels of folate in asparagus, worked as a natural and effective stress-reliever. The mineral was also credited with the ability to stabilize blood sugar levels in type 2 diabetics.

If you want to alleviate the stresses of  everyday life, Penn State researchers recommend a handful of pistachios. This often overlooked yet nutritionally-rich nut is packed with magnesium, which can help control cortisol, or stress hormone, levels.

Findings from the Penn State study found that eating pistachios reduced vascular constriction during stress. To be exact, the magnesium in pistachios were linked to causing less arteries dilation in the face of stress—ultimately placing less tension on the heart. 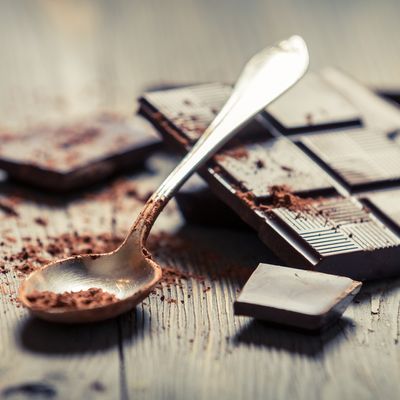