Most Common and Dangerous Addictions 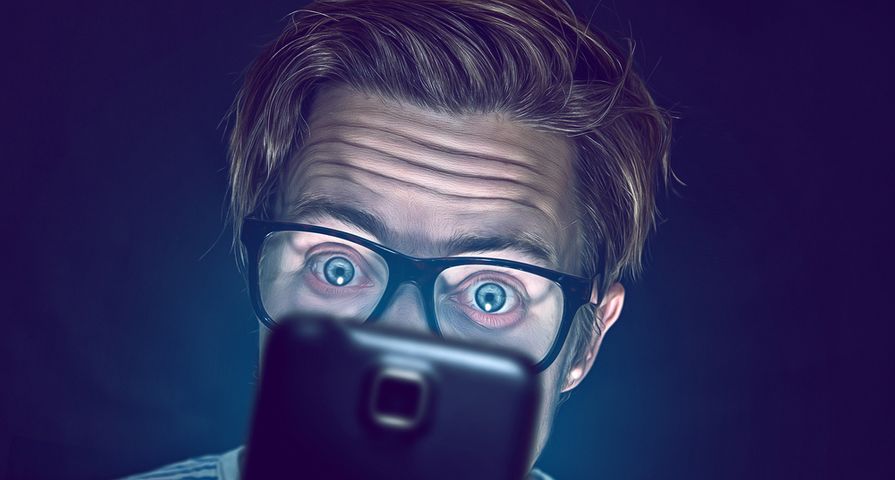 When you go out for dinner with a friend do you spend most of your time catching up or checking your Facebook and Twitter accounts? The world is rife with habits that can quickly get you hooked—like gambling, shopping, tanning, and even eating junk food. Even healthy habits, like exercise, can be taken to the extreme and form addictive behaviors.

Despite the fact that your friends refer to you as a shopaholic, you continue to literally shop till you drop—despite the disastrous consequences to your financial wellbeing. Compulsive shoppers suffer from a psychological disorder that encourages compulsive spending, not to attain material objects, but rather with the belief that their purchases will increase their self-esteem, appearance, reputation, and social relationships.

A 2013 study from San Francisco State University explored the economic psychology around shopping addiction.  Researchers suspect that roughly 2- to 9-percent of Americans are guilty of compulsive shopping, but interestingly discovered that the same individuals are also prone to anxiety, mood, and eating disorders. Results from the study found that despite poor credit management, compulsive shoppers tend to buy items they don’t really need for the dopamine (feel-good-chemical) “buy high”.

We’re attracted to the sun’s rays in order for the absorption and synthesizing of essential vitamin D (the sunshine vitamin). While certain amounts of vitamin D are essential for strong bones, proper immune function, and to prevent chronic diseases like osteoporosis in adults and osteomalacia in children—sunbathing can become an addiction if we become dependent on it’s relaxation and mood enhancement benefits.

Research from American Skin Cancer Foundation shows that ultraviolet violet (UV) light can become quite addictive due to the endorphins (or opioid-like chemicals) released during a tanning session.  Despite overwhelming evidence linking UVR to skin cancer, UVR exposure (via sun and indoor tanning machines) continues to increase despite the dangers of sun burn, blisters, and melanoma and non-melanoma skin cancers.

How many times have you checked your Facebook feed so far today? If the lure of social media is pulling you away from work you otherwise enjoy, you may be among the 13-percent of American users (1-percent worldwide) who are addicted to social media.

According to recent research from the National Institutes of Health (NIH) even though Internet Addiction Disorder (IAD) hasn’t been officially added to the Diagnostic and Statistical Manual of Mental Disorders, it should be. Columbia University researchers claim that IAD causes the same structural and functional brain abnormalities as substance abuse. Basically, you can substitute the high drug addicts get from cocaine with Facebook posts for those with IAD.

Even though the idea that gambling can be as addictive as drugs is controversial—the National Council on Problem Gambling claims approximately 9-million Americans suffer from gambling addiction and risk their job, family, and financial wellbeing on the short-lived dopamine rush gained from slot machines, blackjack, and even online poker.

American Psychiatric Association (APA) studies show that genetically, psychologically, and neurologically gambling and drug addiction are quite comparable. Studies show that when addicted individuals engage in activities that stimulate the pleasure center of the brain, more than 10-times the amount of regular dopamine (feel good chemical) is released.

While the average user spends roughly 3.6-hours a day focused on their smartphone—a new study from the University of Derby, in Derby, England, claims that 13-percent of users have a clinical smartphone addiction on their hands. According to psychologists who conducted the study, a strong link between narcissism and smartphone addiction is very apparent.

To clarify, this means the more narcissistic an individual is; the more likely they’ll become a smartphone junkie.  The University of Derby study noted that an obsession with physical appearance, loneliness, jealousy, and taking large amounts of “selfies” and sharing them via social media are all characteristic of smartphone addiction.

A so-called “runners high” is common after a stellar workout. However, even healthy behaviors can be taken too far, according to research from the National Institutes of Health (NIH), which characterizes exercise addiction as exercise and sports activities taken so far to the extreme that they have adverse psychological and physiological effects.

NIH research suggests that exercise addiction is made up of a clear obsessive-compulsive component. However, it’s also compelled by reward. For example, lab studies on rodents show that physical activity (running on a wheel) triggers the brain’s dopamine reward system. Craving these feelings of euphoria can also impel exercise addiction so much so that an addicted individual won’t cease exercise even for an injury or illness.

Controversy swirled in 1982 when a Scientific American study dubbed potato chips as addictive as cocaine. It turns out they weren’t that far off when it comes to the drug-inducing affects of carbs, fats, and sugar on the human brain. A 2010 study conducted by the Scripps Research Institute and published by the journal Nature Neuroscience, monitored the addictive impact of fattening foods on 3 separate groups of lab rats.

For the study, the first group was fed a rat diet only, the second group consumed a rat diet plus a one-hour buffet of sweets and fatty foods, while the third group was given full-access to as much high-sugar and fat-rich foods as they could eat. Not surprisingly, the all-access group overate and became obese while the rats limited to the daily one-hour buffet developed binge-eating behavior.  Researchers suggest that the unrestricted buffet lowered the “reward threshold” in the rats’ brains, which caused their addiction to become progressively worse over time.