Pros and Cons of Apple Cider Vinegar as a Superfood 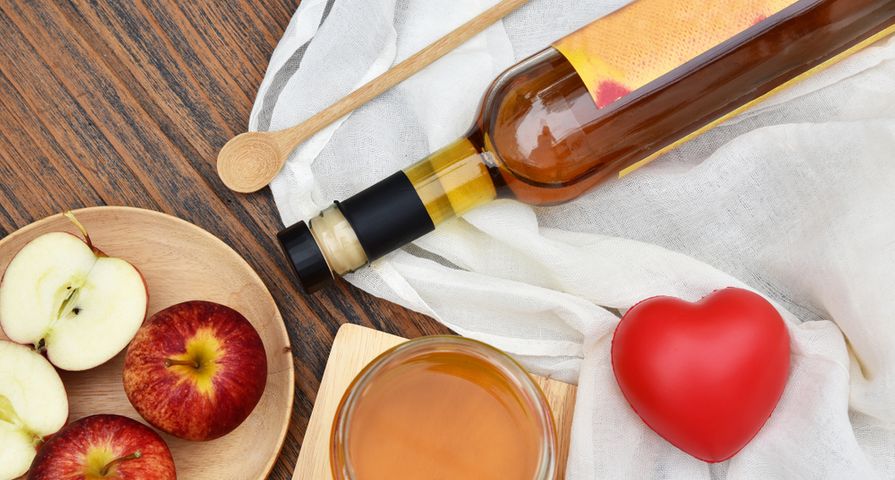 You’ve likely heard of apple cider vinegar even if you’re not an organic food shopper. This pungent vinegar, made from fermented apples, is a common ingredient in salad dressings and stir-fry sauces. However, apple cider vinegar has also garnered a reputation as a weight loss aid, a digestive remedy, and a so-called preventive measure against diseases, like diabetes and cancer.

But as you know, every “super” food comes with its share of pros and cons…

You may have heard that drinking a few teaspoons of undiluted apple cider vinegar can help you lose weight. However, according to a 2006 study featured in the journal, Medscape General Medicine, drinking apple cider vinegar as a health aid can cause damage to the lining of your esophagus as well as your tooth enamel.

Apple cider vinegar is very acidic so the study recommends never drinking the liquid straight up. Instead, you can still get the benefits if you dilute a few tablespoons in a glass of water.

I’m going to be straight with you. Apple cider vinegar is not a quick fix that will instantly melt fat. There is no such thing as a magic skinny tincture. However, studies do show that apple cider vinegar can help control appetite.

Take for example a study from Arizona State University, which found apple cider vinegar created a steadier glucose response and increased satisfaction after eating. Obviously I don’t have to tell you that improved satiety can aid weight-loss efforts.

Putting all of your faith in a cure-all, like apple cider vinegar, to treat diabetes is a fool’s errand. According to diabetes lifestyle coaches from Tufts University, diabetes maintenance should be approached broadly, with a healthy lifestyle approach that emphasizes diet, exercise, and medication.

Additional studies link ingesting undiluted apple cider vinegar to gastroparesis, a condition prone to diabetics, which reduces the rate the stomach emptied. The reasoning is that apple cider vinegar increases acid production, which puts excess stress on the body and systems.

Arguably, the most healthful aspect of apple cider vinegar can be traced back to “the mother”, a cloudy formation in the liquid that’s jam-packed with beneficial bacteria, such as probiotics.

Studies from WebMD claims that a few teaspoons of apple cider vinegar (diluted in water) taken with a rich, starchy meal will help you digest—while also nourishing the healthy bacteria in the gut, preventing constipation, and promoting better immunity.

How to Manage Your Child’s Diabetes with Confidence

You might have heard the claim that drinking apple cider vinegar can help you shed unwanted body weight, but is there actually any truth behind the claim? Researchers at the School of Nutrition and Health Promotion, at Arizona State University, say there might be.

The study monitored a group of participants who sipped a tablespoon of apple cider vinegar mixed with 8-ounces of water just before dining. The results showed that those who drank the pungent water had lower blood glucose levels compared to participants who didn’t sip the vinegar water. However, researchers note that healthy weight must be maintained with a balanced diet and exercise.

As a folk remedy, apple cider vinegar has been linked to curing everything, from the flu to wound healing. But despite the claims, a large majority of these “wonders” remain unproven by science. Unfortunately, taking apple cider vinegar for weight loss doesn’t seem to have significant impact.

However, one Japanese study, published on WebMD, monitored the effects of apple cider vinegar on 175 healthy yet obese patients for a 12-week time frame. Other than the addition of the vinegar, all diets were very similar. The results showed that those who drank the apple cider vinegar lost about 2-pounds compared to those who didn’t drink the vinegar. However, they all gained it back once the study ended.

Several studies published by the National Institutes of Health point to all vinegars, including apple cider vinegar, as rich sources of polyphenols. And it just so happens that apple cider vinegar has the most polyphenols (or plant-based antioxidants) than balsamic, wine, and all other vinegars around.

Polyphenol antioxidants occur naturally in vinegars due to the fermentation process. And while an antioxidant-rich diet won’t prevent chronic diseases, like cancer, antioxidants have been linked to decreasing free radical exposure and reducing the overall risk of disease.