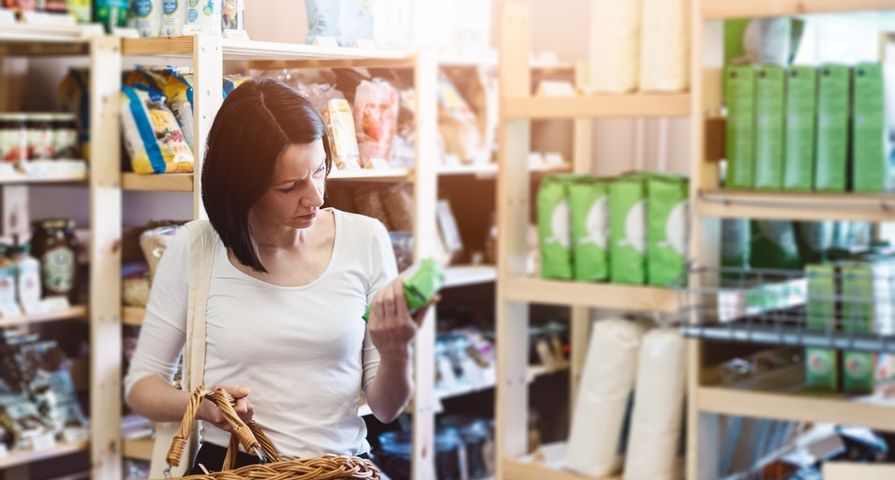 Most of us scan the ingredients on a food package fairly quickly when we’re out shopping. After all, we have other things to do! Even though we think we know what we’re reading, there could be unhealthy contents of a product that manages to fly under the radar.

It’s important to know what the ingredients are, especially if you have a health condition that could be triggered by them. U.S. labels must list ingredients and quantity relative to other contents under FDA regulations, but they are not always explicitly explained. Here are seven seemingly harmless ingredients to be on the lookout for, which may be masquerading as something else…

Too much sugar, of course, can be a problem for anyone—whether you have diabetes, or trying to control your weight. However, while sugar might be listed fourth or fifth on a label, lulling you into a false sense that there’s not a lot of sugar in the product, take another look.

The American Heart Association warns that sugar may show up with other names on a label, and in higher concentrations. That’s because sugary ingredients can also be listed as corn syrup, agave nectar, barley malt syrup or dehydrated cane juice, just to name a few, says the source. Also keep an eye out for additives that end in “ose,” like fructose, it adds.

This is a preservative to help inhibit the growth of mold in soda, but according to Huffington Post, benzene “ is a known carcinogen that is also linked with serious thyroid damage.”

The source explains that “dangerous levels” of this preservative (and its close cousin potassium benzoate) can build up if the product is exposed to heat, or when the ingredients are mixed with Vitamin C. It’s best to avoid these products altogether, it adds.

EatThis.com explains that this protein is primarily used as a “flavor enhancer” in foods, and is chemically reduced to amino acids. It also explains that among these acids is glutamic acid, and when it joins with free sodium in your body, it forms monosodium glutamate (MSG).

The additive MSG has been linked to many minor ailments from headaches to nausea, but you won’t have any idea you’re eating it when MSG isn’t directly printed on the label. It says the Food and Drug Administration (FDA) doesn’t require manufacturers to disclose MSG if it’s a by-product of another ingredient.

There’s some good news and bad news with sodium nitrite, so in keeping with tradition, we’ll give you the bad news first. Older studies show that this additive—which is effective in protecting meats from going rancid, and also helping keep harmful bacteria like listeria at bay—can create nitrosamines when heated beyond 266-Fahrenheit. Nitrosamines are a carcinogen, according to Prevention.

The source explains that nitrates and nitrites are both naturally occurring chemical compounds, and are very similar but not exactly the same, and that nitrate becomes nitrite when it interacts with meat bacteria. Now some good news: newer studies have apparently found that “a diet rich in nitrates can actually improve cardiovascular health by thinning the blood and widening blood vessels, lessening the risk for clots and stroke.” Confused yet?

Huffington Post warns of this preservative as a potential cancer-causer, although it says the FDA has approved it. Its main purpose is to help you not get food poisoning, which seems minor in comparison to the potential risks.

The source says it’s literally found in hundreds of foods (from ice cream to cereal), and can be disguised as other names, including BHT. Aside from cancer, which some sources point out have only been found in animal testing, BHA is “a major endocrine disruptor and can seriously mess with your hormones.” Probably best to avoid this if you can.

Apparently even some of the additives meant to give foods a certain color can have a negative impact on your health, according to TheAlternativeDaily.com. It says the top-5 worst food colorings to watch out for include Blue 2, Red 3, Red 40, Yellow 5 and Yellow 6.

Some of these additives have been banned in other countries (apparently some contain benzene that has been removed from gasoline, but not food), and can be carcinogenic. Others contain metals that can lead to organ toxicity and other not-nice side effects. The bottom line? “If a food exhibits a color that is not found in nature, it is probably not a great idea to eat it,” offers the source.

Although this additive has been banned in many countries including Canada, Europe and China, the U.S. continues to use it. In fact, NaturalNews.com says that up to 80-percent of popular bread brands contain it to help reinforce bread dough and make it fluffier.

The ingredient has apparently been linked to cancer in mice, but some sources note it’s only a real problem if the bread is not baked properly, as the bromate tends to dissipate in the baking process.