Foods to Eat With a Stomach Ulcer 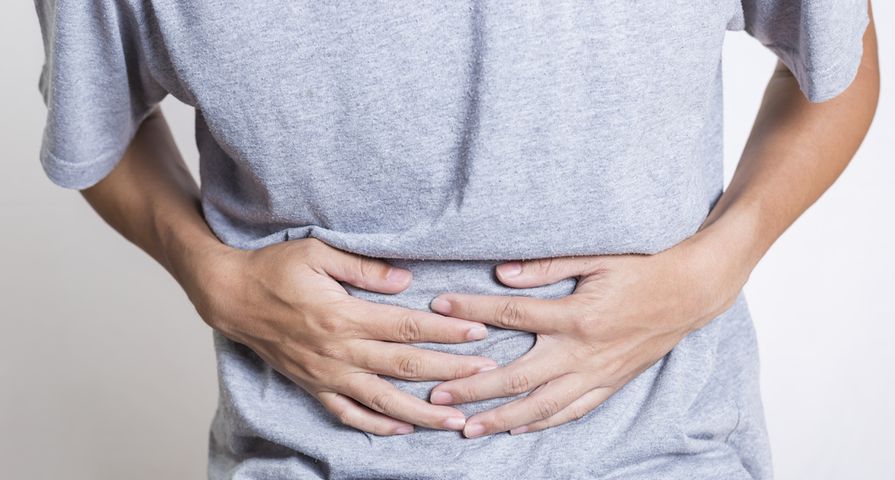 Ulcers are often associated with worrying too much (which is not untrue), but really they’re sores created when your protective stomach lining is compromised and the juices that are responsible for digestion start to eat away at it.

While they can be painful, your doctor will often prescribe medications to reduce acid production and fight off bacteria that can also lead to ulcers. However, here are 13 “do-it-yourself” ways to calm your stomach, although you should always start with medical advice…

There are a lot of reasons to eat bananas, as they are considered nature’s “perfect food.” However, you probably didn’t know they’re also good for soothing stomach ulcers.

According to Top10HomeRemedies.com, you should eat at least three ripe bananas per day (or make them into milkshakes). Bananas contain antibacterial compounds that inhibit the growth of bacteria H. pylori associated with ulcers, and it balances out the acidity of gastric fluids, adds the source.

This probably seems counterintuitive–how can eating something with so much spiciness settle an angry ulcer? Well, it turns out the active ingredient in cayenne, called Capsaicin, can kill the nasty H. pylori bacterium according to Livestrong.com.

This Capsaicin also acts as a “natural pain reliever” and encourages your stomach to produce more “protective juices,” which may help you from forming an ulcer, to begin with, notes the source. If you’re experiencing heartburn from an ulcer, cayenne pepper can come to the rescue on that as well.

TheScienceofEating.com puts a vote in for coconut as an effective way to treat ulcers (or at least minimize symptoms). It says “all forms of coconut” from milk to water can neutralize the bacterium we keep mentioning.

Drinking a “few” cups of fresh coconut milk or water every day can provide relief, as can eating the meat of a coconut for a week in order to crack open positive results. If you opt for coconut oil, one tablespoon in the morning and once at night for a full week is the way to go, according to the source.

The same source notes that raw honey “possesses a number of powers,” one of them being a way to combat ulcers. The source explains that honey contains the enzyme glucose oxidase, which produces hydrogen peroxide that kills harmful bacteria in the tummy.

The source stresses the importance of the honey being unprocessed, with 2-tablespoons a day as the recommended dose. When you start feeling some relief, you can drop it down to 1-tablespoon daily.

NaturalNews.com calls cabbage “one of the most medicinal vegetables you’ll find in your garden,” and so it’s no surprise it also touts cabbage as a great way to ward off ulcers.

The source credits its “complex phytonutrient compounds” for making it an effective ally against the painful stomach sores. Apparently, it can strengthen your stomach lining against “acid attacks,” and it’s also effective in concentrated capsules. Several studies cited by Natural News have shown the positive effects of cabbage juice for ulcer patients (raw cabbage slices also work).

Once the fizzing has settled down, add 8-ounces of “fresh, filtered water” and put it down the hatch. The source notes it’s best taken before each meal. It doesn’t explain exactly how this combination works for ulcers, but if it works…who cares?

TheScienceOfEating.com compares the effectiveness of “deglycyrrhizinated licorice” (or DGL) to the ulcer medication cimetidine. “It appears that DGL helps the stomach and intestines produce more protective mucus-like bananas,” it explains.

It says this effect of DGL is especially effective for those who take medications that tend to cause ulcers in the first place, such as aspirin and non-steroid anti-inflammatories. You must chew the DGL tablets (two 380-mg tablets 3-times a day between meals) for them to be effective, it adds. Always check with your doctor or pharmacist before you start a new supplement or medication to ensure it doesn’t cause any unintended side effects.

Healthline.com explains that research has shown flavonoids, contained in several fruits and vegetables, maybe an effective treatment for stomach ulcers. This stomach-friendly compound can be found in soybeans, red grapes, broccoli, kale, apples, berries, and even green tea, adds the source.

It says flavonoids have been classified as “gastroprotective,” meaning they not only keep your stomach lining healthy, but could also be an ally when it comes to healing. It adds that these particular flavonoid-rich foods might also help fight against H. pylori bacteria, which can lead to ulcers in the first place.

Healthline also notes that probiotics, which are good gut bacteria in foods and supplements that keep your gut microbiome in check, are also helpful when it comes to soothing an ulcer.

It notes that you can find naturally occurring probiotics in a number of foods, including yogurt, miso, kimchi, kefir, and buttermilk. You’ll also find them in sauerkraut, kombucha, pickles, and cheeses (including gouda and cheddar). Probiotics are also available as a supplement. The source notes that studies show consumption of probiotics added to the “traditional regimen” of antibiotics has sped up recovery from ulcers.

MedicalNewsToday.com cites a 2013 review that suggests ginger may be effective at providing some relief from ulcers that are caused by H. pylori bacteria, as well as help prevent ulcers caused by NSAID (anti-inflammatory) medications. “However, many of these results come from animal studies, so it is not clear whether the effects would be similar in humans,” it adds.

However, the source adds that many swear by the ability of ginger for its “gastroprotective effects,” namely treating digestive and tummy issues such as constipation, bloating, and gastritis.

The ingredient of the popular tea may have more than just relaxing qualities, says Medical News Today. While many people turn to chamomile flowers and tea to treat mild anxiety and inflammation, it says a 2012 study shows chamomile extracts might have “anti-ulcer properties.”

The source says it’s believed by some researchers that chamomile can help prevent ulcers while speeding up the healing process. However, much like ginger, the source points out that findings are from animal studies, and there’s not yet conclusive evidence it will benefit humans the same way.

This one might be especially helpful during the holiday season, but you can eat cranberries all year long in moderation (they’re quite high in sugar). Not only can cranberries soothe urinary tract infections according to some studies, but they might also be able to combat H. pylori bacteria that can lead to an ulcer, it adds.

The source notes there’s no specific dose of cranberries to get these benefits but to be careful as too much can actually lead to discomfort of the intestines and stomach (so pretty much the opposite of your goal). Also be wary of cranberry juices that are sweetened with sugar or high fructose corn syrup, which adds empty calories, adds the source.

These whole grains in bread, rice, and pasta are more easily tolerated by the digestive system affected by gastric ulcers than refined grains (like white bread), notes Livestrong.com. It says at least 50-percent of your grain intake should be from whole grains, which will boost your fiber intake and possibly assist in the healing process.

While whole grains offer high fiber content, they also have other nutritional benefits including B vitamins, magnesium, iron, and selenium, notes the source. Look for whole wheat bread and pasta, as well as brown rice and oatmeal.