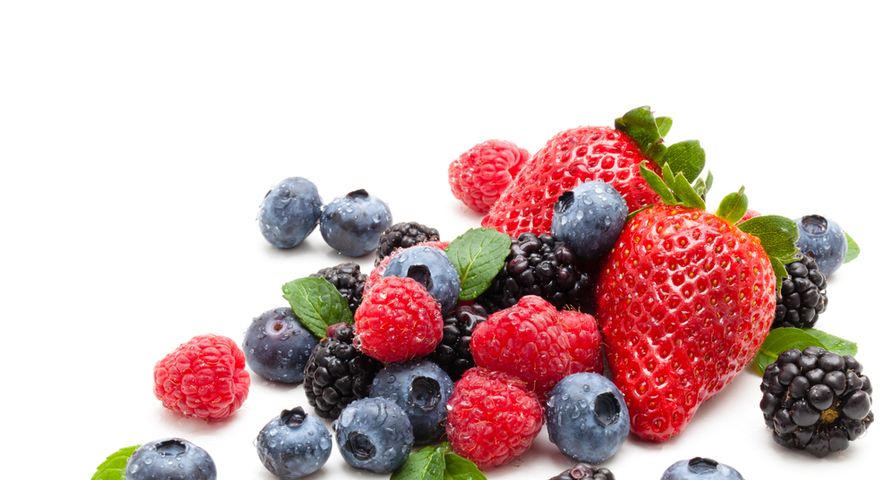 Best Natural Remedies For Gout
Gout is a painful condition that occurs when uric acid crystals develop in joints. The result is painful and uncomfortable joint inflammation. As a patient with gout, your doctor likely told you to steer clear of foods rich in purine, a natural chemical compound that breaks down into uric acid in the body and triggers flare-ups.

So on one hand, avoiding purine-rich foods such as red meat, shellfish, alcohol, and even bread is wise. However, you shouldn’t be afraid to eat a healthful diet even when you have gout. Here are seven diet tips to help you avoid a major flare-up…

Many doctors recommend an alkaline diet for gout. This is because alkaline foods are thought to neutralize the uric acid in the body, as well as the formation of uric acid crystals in joints. This is because the foods we eat can impact the levels of different compounds in your bloodstream, including uric acid, which triggers this painful form of arthritis.

We’ve already noted that citrus fruits (i.e., lemons and oranges) are great alkaline foods (the opposite of acidic), which can help manage uric acid and the formation of flare-up triggering uric acid crystals in joints, providing relief from a gout flare up. Too much acidity (acidosis) within the body can trigger a painful gout attack or cause kidney stones to form.

However, citrus is also rich in vitamin C, which a 2011 study from the American College of Rheumatology, credited with significantly combating high uric-acid in the body as well. Further studies indicate that a diet rich in citrus fruits (i.e., lemons, oranges, clementines, and tangerines) can aid the dissolving process of uric acid in the blood. Think about it this way, lemon is a liver stimulant so it makes sense that the citric acid in lemons would level out the body’s pH level (or acidosis) and prevent uric acid from crystallizing to cause a gout attack. Lemon juice works by triggering the formation of calcium carbonate to neutralize uric and other bodily acids. Health experts recommend drinking lemon water following meals to stop gout flare ups and to improve digestion.

If purine increases the amount of uric acid in the body then it makes sense to focus on your diet on low-purine foods—such as sweet potatoes, potatoes, carrots, and other fresh root veggies. On the other hand, foods very rich in purines include alcohol (mainly beer), seafoods (i.e., scallops, anchovies, herring, and mackerel), fatty meats (i.e., lamb, beef, pork, and bacon), wild game (i.e., goose and duck), gravy, and in particular, organ meats (i.e., brains, liver, sweetbread, and kidney).

According to the Mayo Clinic, the chemical purine already occurs naturally in our bodies. However, if your diet is rich in foods also containing purine, more uric acid will be produced in order to break down that purine, leading to more frequent gout attacks. Thankfully, if you’re seeking comfort foods—like stews, soups, and hearty crock pot meals—you can easily make them gout-friendly and avoid a flare-up.

With stews and soups, it’s easy to go meatless. After all red meats (i.e., ham and beef) are among the trigger foods for gout flare ups. However, you can’t always avoid meat as part of a healthful diet. Instead of pork and red meats, reach for poultry staples—such as duck or chicken—which are considered the lowest purine meats.  Always opt for lean cuts to prevent weight gain, which WebMD indicates also increases gout risk.

Research from Livestrong.com indicates that foods rich in malic acid, particularly raw apples, are often incorporated into a diet to prevent uric acid buildup and gout flare ups. For instance, according to an article from the Times of India, gout patients who ate apples after meals showed a significant improvement in the neutralization of uric acid, thus relieving gout attacks.

Further research from the same Times of India article notes that drinking apple cider vinegar in water (a mix of 3-teaspoons of apple cider vinegar to 8-ounces of water) twice daily can also neutralize uric acid. Further studies out of the University of Maryland Medical Center found that gout patients who consume high dietary fibre foods (like apples) also show decreased uric acid levels in the blood. The reasoning is that dietary fibre aids the absorption of uric acid in the blood so it can be better eliminated via the kidneys. Although further research needs to be conducted to prove these claims, malic-acid foods (i.e., cranberries, apples, and grapes) are favored by many gout patients, to repair the damage done by the sharp uric acid crystals, reduce pain, and ease inflamed joints.

A 2008 research study, published in the British Medical Journal, blames refined sugars (i.e., high fructose), sodas, and store-bought fruit juices with added sugar as a prime source of gout flare ups in young males. The BMJ study monitored the effects of sugar sweetened soft drinks and fructose and the incidence of gout flare ups in a group of 46,393 men with no history of gout. The study participants at baseline provided information on their consumption of soft drinks and fructose via food questionnaires over a period of 12-years.

At the conclusion of the study, 755 confirmed gout diagnoses were reported leading researchers to conclude that the consumption of sugar sweetened soft drinks increased the participant’s overall risk of gout in men. Although diet soft drinks were not related to the increased gout risk, fructose rich fruits and fruit juices are believed to also increase gout risk. Instead of sodas and high fructose fruits and juices (i.e., pears, cherries, watermelon, and mangoes), a focus on naturally sweet yet satisfying low fructose foods—such as blueberries, blackberries, honeydew melon, strawberries, bananas, cantaloupe, oranges—are linked to a reduction in uric-acid levels. So make a fresh, berry-filled smoothie to satisfy your sweet urges.

Research from the Mayo Clinic notes that like fatty meats, high fat dairy products may increase your risk of developing gout. The same studies suggest that high fat sources of dairy (i.e., whole milk, cream, cheese, butter) are also linked to weight gain, as well as triggering gout flare ups. In fact, scientific research has long pinpointed dairy foods as a trigger for gout because these foods are linked to increasing the excretion of uric acid in the body.

On the other hand, this 2011 National Institutes of Health study, indicated that patients with gout who swapped high fat for low fat sources of dairy in their diets reduced their overall gout risk. Researchers believe that low-fat dairy contains certain urate-lowering components (i.e.,G600 milk fat extract and glyco-macropeptide) that not only reduce gout risk, but also reduce the inflammatory response to monosodium urate crystals in the joints. So akin to lowering your meat intake, focus on low fat or fat free sources of dairy instead—including skim milk, low-fat yogurt, and low fat cheeses—to limit uric acid levels. Keep in mind that low fat dairy can also be considered a healthy protein alternative to red meat. 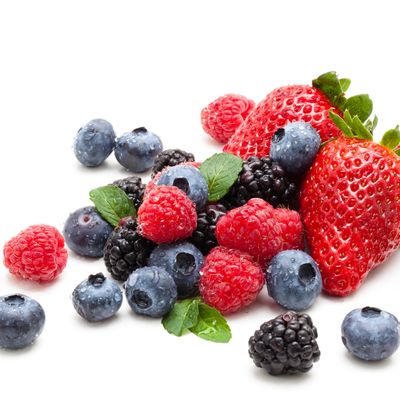