Things to Know About a Gluten-Free Diet 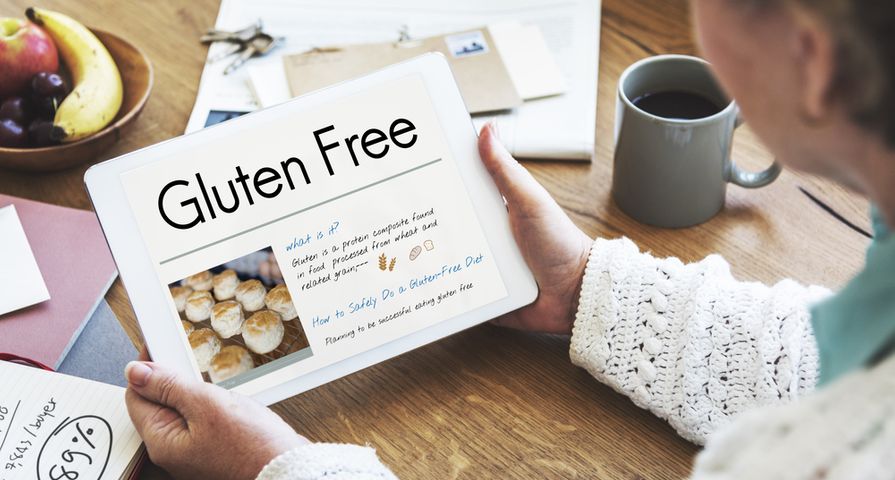 If you venture to the grocery store, bagel shop, or bakery in this day and age, chances are you’ve come across a myriad of products with a “gluten-free” label smacked on the packaging. Our favorite snack foods, baked goods, and even our corner take out pizza restaurant likely offer gluten free alternatives.

But many of us don’t have the foggiest what going gluten free actually means. Let’s clear up six common misconceptions about going gluten-free…

But she’s not alone. This University of Florida study conducted by the Institute of Food and Agricultural Sciences, revealed that one-third of participants considered all foods marked with a gluten-free label to be healthier than the gluten-containing foods. However, that’s not the case, considering that many so called gluten-free foods are made with starches (i.e.,  tapioca or potato flour, white rice flour and cornstarch), which contain almost no fibre and protein. Many gluten free processed foods still contain plenty of oil and sugar.

The Incredible Health Benefits of Dates

Gluten Free Has a Medical Purpose

Scientifically speaking, the gluten-free diet has a genuine medical reason behind it for those who suffer from celiac disease. Those suffering from the digestive and autoimmune disorder experience violent reactions when they ingest even the tiniest portion of gluten.

According to Alessio Fasano, medical director of Baltimore’s University of Maryland Center for Celiac Research, this painful immune reaction affects about 1 in 133 Americans. Consuming gluten with celiac gradually damages the small intestine, leading to nutritional deficiency, gastric distress, and even osteoporosis, intestinal cancer, and infertility if left untreated.

These symptoms disappear once gluten is cut from the diet. However, dieticians at NYU Langone Medical Center say that gluten intolerance is still pretty controversial because there is no test to confirm a health issue. Either way, avoid self-diagnosis whenever possible and consult with your health care provider before adopting any new diet.

You’ve likely had a family member, friend, or work colleague who can’t help bragging about how much weight they lost on a gluten free diet.  Victoria Beckham swears by the gluten free diet to maintain her svelte bod, but she’s not reportedly gluten intolerant or even sensitive.

The idea that a gluten-free existence will trigger weight loss is a myth, according to Mark DeMeo, director of gastroenterology and nutrition at the Adult Celiac Disease Program at Chicago’s Rush University Medical Center. DeMeo says, “there’s nothing magical that’s going to help you lose weight,” but the fact that those following a gluten free regimen are cutting out sugar and processed foods may make it seem like weight loss magic.

Many folks mistakenly think that gluten free and carbohydrate free are one and the same. However, while Livestrong.com explains that carbohydrates and gluten often go hand in hand (meaning breads and cereals containing wheat-, rye-, and barley-based flours also contain gluten as a natural component of wheat), these two substances are very different.

Foods That Are Easy To Digest

What Does Going Gluten Free Mean?