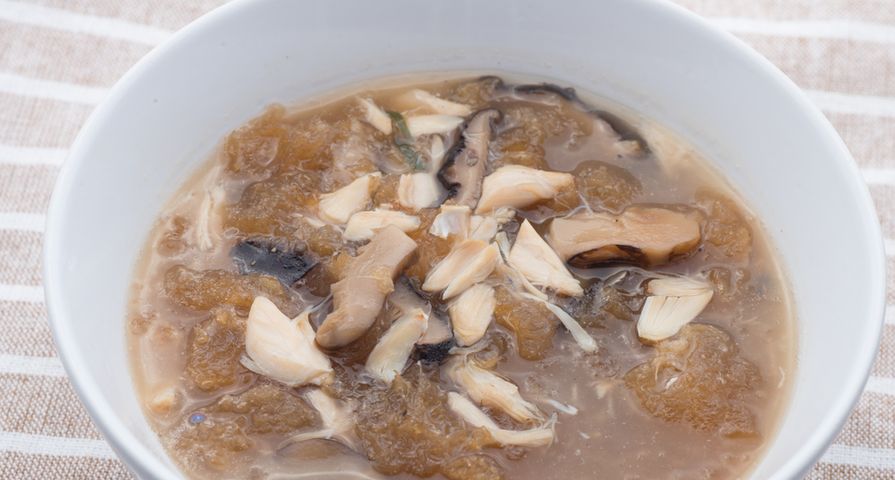 North Americans have a very diverse diet for the most part, with many different types of cuisine to choose from. However, we are still consuming an alarming number of foods that have been banned around the globe, despite having a big menu to pick from.

Foods may be banned internationally for a number of reasons, from unsafe additives to the harmful practices used to create the food in the first place. Here are six forbidden foods that Americans still dig into on the regular…

1. Bread Made with Potassium Bromate

Breads enriched with the ingredient, Potassium Bromate, have already been banned in Canada, the European Union, and China. According to LiveScience.com, the additive has been linked to causing cancer in rats and mice.

The addition of potassium bromate can help “age” bread faster than exposure to air, adds the source. It helps create an end product that is “fluffy, soft, and unnaturally white”. Most of the bromate dissipates after proper baking, to less than 20 parts per billion, explains the article. However, improper baking can cause a spike in these levels.

Olestra (or Olean) is a fat substitute product developed to “lighten” potato chips. However, some countries (including Canada) have recognized associated health hazards and banned it. Shape magazine explains the additive can cause increased trips to the bathroom (you can imagine why).

The source also explains that this fat substitute can actually make you fat. It cites a Purdue University study that shows rats fed these types of potato chips ate more and gained more weight than rats that ate good old greasy potato snacks.

The name of this “food” should be enough to turn stomachs, but according to Distractify, Americans are still eating this stuff in large quantities. Pink slime is made from the meat that clings to cartilage and is extracted by a machine, explains the source. Yuck.

If you’re eating hot dogs, burgers, and a number of other common American staples, there’s a good chance you’re eating this stuff. The source explains the “meat” is more likely to carry unhealthy pathogens due to its proximity to bone. It has been banned in the European Union.

While fishing for sharks for the purpose of collecting their fins has been banned in U.S. waters, the trade of fins is still allowed in some states and Canadian provinces. Texas was a hub for the shark fin trade, but declared a ban on the trade back in 2015. Several other states have also banned trade.

According to information presented in a Huffington Post article, the practice of finning has caused shark populations to decline dramatically (more than 90-percent of some species). When a shark’s fin is harvested, the shark remains alive and only a small percentage of the animal is used, notes the source.

A high portion of the U.S. cattle population is raised with the help of synthetic hormones to help them grow faster. Although hormone-infused beef has been banned in several countries including Japan, China and the European Union, Americans are still eating this meat at record rates.

While the FDA hasn’t banned the practice of using hormones to grow cattle, cancer associations here at home have issued warnings about related hormonal cancers being on the rise. The European Union concluded there’s a cancer risk from U.S. beef as early as 1999.

While the FDA has banned the import of genetically engineered salmon while it works out labeling issues, that doesn’t mean the food will be forever banished, sources point out. In fact, the FDA approved the import of GMO salmon last year from Canada and Panama, but a backlash pushed back the decision (after several big U.S. retail chains have already declared they won’t sell this product).

Concerns include whether these genetically-boosted salmon could escape into open waters and breed with other salmon (although the company that applied for the import claims these fish are raised in land-locked farms). Meanwhile, consider this report from Mother Jones, which states antibiotics have increasingly been used for meat production (including fish farms) in the U.S., and that these products contain antibiotic-resistant bacteria.