Foods To Avoid If You Have Metabolic Syndrome 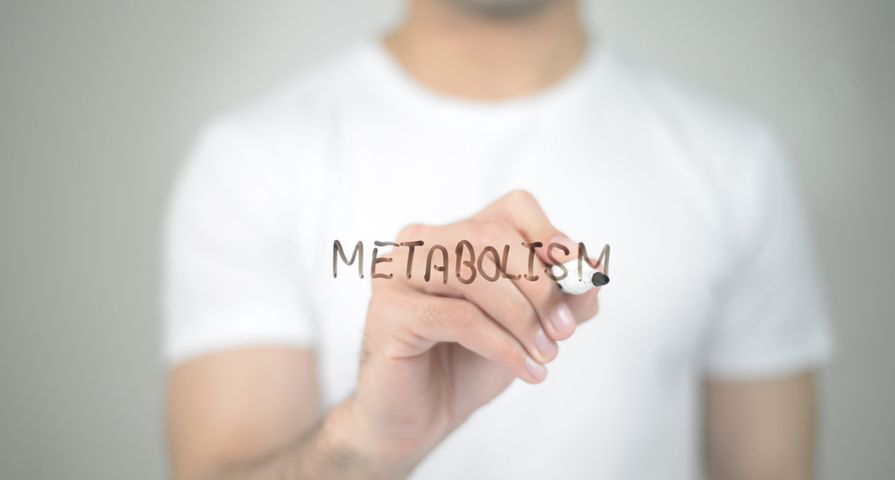 High Protein Vegetables You Should Be Eating

There’s a good chance you’ve never heard of metabolic syndrome, which is sometimes referred to as a metabolic disease. It’s actually a group of issues that, when combined, can significantly increase one’s chance of developing heart disease, diabetes, and stroke. Typically, the chances of acquiring metabolic syndrome increase as we age, with nearly half of all Americans in their 60s and 70s being affected by the issue.

The symptoms of this disease vary widely, though metabolic syndrome patients do tend to have more weight around the abdomen than the average person. They may also be resistant to the hormone that regulates glucose in the blood or struggle with increased production of this hormone. Sometimes symptoms show on the body, such as through the emergence of skin tags and benign growths.

The good news is that there are ways to reduce the impact of metabolic syndrome; for example, one can make a serious difference in their health by simply avoiding certain foods, including these 6…

A few decades ago, the hottest trend to hit the food and beverage industry was, without a doubt, the diet alternative. Coke was now joined by Diet Coke, Pepsi by Diet Pepsi. Eventually, just about every major food product had a diet equivalent, and in cases where the central ingredient was sugar, that meant replacing it with an artificial sweetener.

These artificial sweeteners have become household names in the years since: there’s aspartame, sucralose, and saccharin. Unfortunately, there’s still not a lot of evidence to suggest these replacements for sugar are actually okay for the human body. In fact, some evidence suggests they could be dangerous and may increase the chances of gaining weight, developing diabetes, or even having heart disease emerge. For someone with metabolic syndrome, it (almost) goes without saying that these fake sweeteners must be avoided.

There was a time when only people on actual diets would drink diet soda. Now, however, many diet sodas outsell their regular counterparts. And while it’s true that most diet sodas have zero calories and no added sugar, they often replace sugar with chemicals we just don’t know that much about.

For example, it’s still not clear if taking sugar out of a soda and replacing it with sucralose does anything to improve one’s chances of keeping off weight or holding type 2 diabetes at arm’s length. For those who have been diagnosed with metabolic syndrome, it just isn’t worth the risk. Instead, stick to water.

A few years ago many of the biggest companies in the food and beverage industry made a serious effort to remove trans fats from their products. That’s because trans fats, which are most often found in foods made using hydrogenated oils and fats, can increase one’s chances of becoming overweight and developing heart-related health problems.

But many foods, and particularly highly processed baked goods, still contain trans fats. Although the number of products with trans fats in them is dwindling, anyone with metabolic syndrome should be vigilant in seeking foods that have absolutely zero trans fats contained inside.

Consuming too much refined sugar and carbohydrates can cause the hormone that regulates glucose in the blood to spike, increasing the chances that someone will develop type 2 diabetes or metabolic syndrome. It can also lead to significant weight gain, which can place undue pressure on the heart and other parts of the body, from the bones and joints to muscles and major organs.

Because they have already been identified as being at increased risk of developing heart disease, diabetes and stroke, people with metabolic syndrome need to severely limit their exposure to refined sugars and carbohydrates, which can often be found in highly processed foods like bread and cookies.

There’s no denying that many of the world’s most vibrant cultures are heavily steeped in alcohol consumption. In films, television shows and books, drinking alcohol is often cast as acceptable, even desirable, in order to win friends and enjoy life.

But alcohol consumption, especially to excess, places huge pressures on the body. For one, it contains a lot of calories, which add up and can eventually lead to significant weight gain. Second, drinking a lot of alcohol can raise your blood pressure and make you more vulnerable to heart disease. Given that people with metabolic syndrome are already vulnerable to heart problems, it makes sense that they should avoid drinking alcohol at all costs.

Individuals who have been diagnosed with metabolic syndrome should immediately go through their kitchen in search of the most heavily processed foods. Once these foods are rounded up — and in the typical American kitchen that could take some time — they should be thrown right in the waste bin.

That’s because highly processed foods — whether frozen, canned, boxed or bagged — have none of the nutrients that people with metabolic syndrome need to manage their condition. Often, these foods are loaded down with salt, sugar, and preservatives.