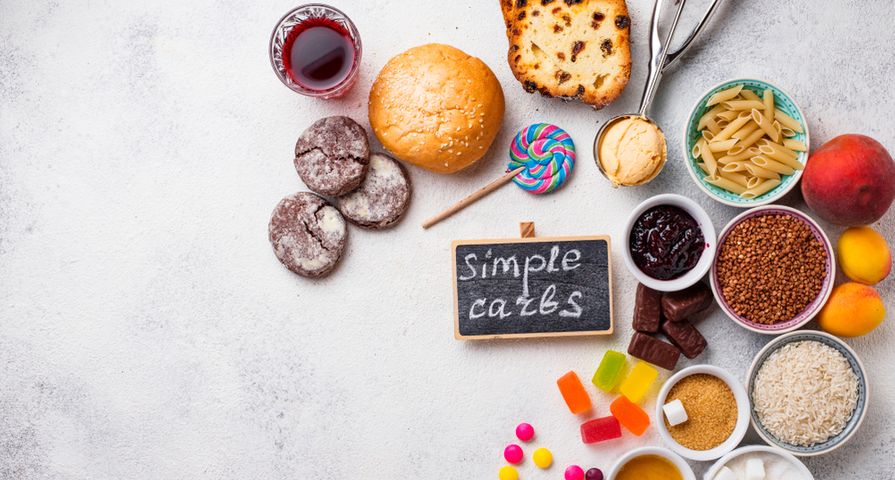 Obesity Gene Helps Reduce Risk of Depression
There’s been a lot of discussion lately about the gut/brain connection, and along the same lines, experts have already identified foods that could be making your depression worse. You may not even be paying attention to your diet as a factor in your mood, but this may change your thinking.

Some of these foods can have other health impacts other than mental health, but for the purposes of this article, we’ll focus on how they can negatively impact your sense of well-being. Cutting out these 12 food contents could be a step towards becoming a happier person…

Many people turn to drinking as a way to self-medicate, but the irony is that alcohol is a depressant – so while you may feel good for a short period of time, you’re not doing yourself any favors in the long-term.

WebMD notes that about 33-percent of people with major depression also have an alcohol problem (although to be fair, it also says the depression often shows up first). However, alcohol will do nothing to cover over your feelings of sadness and hopelessness – it will only make them worse. Also, drinking can make your antidepressant medications less effective, adds the source.

It’s no secret that America is addicted to coffee and soda – both loaded with caffeine. “There are plenty of experts who will tell you that even a modest amount of caffeine can contribute to depression,” explains EatThis.com, which adds that even moderate coffee drinkers score higher on depression scales. This could be primarily from disruption of quality sleep – which is important for mood regulation – it notes.

In the spirit of presenting more than one view, we’ll also tell you that MedicalNewsToday.com has touted the benefits of caffeine for reducing depression. It acknowledges the medical world is split whether caffeine is helpful for depressive patients, but cites extensive research from China that shows “that the risk of depression as a result of caffeine intake actually fell when individuals increased their daily intake of caffeine.” Coffee also has antioxidant properties, which can battle inflammation and lessen symptoms of depression, it adds.

This is the kind of sugar you’ll find in so many products on store shelves, from candy bars to concentrated fruit juices. While PsychCentral.com admits that a sugary treat “sure does taste good going down and can provide us that pleasant rush of energy for 20 minutes,” it also ultimately causes your blood sugar to drop dramatically.

The end result is a “sugar hangover” that can lower your already-compromised mood, make you feel tired and sluggish, and disrupt proper sleep, adds the source. Don’t try to replace sugar with the artificial stuff either – artificial sweeteners contain aspartame, linked to lower levels of serotonin in the brain, one of the feel-good hormones.

You can find this in fast food as well as fried food (which often go hand-in-hand), according to EatThis.com. While these types of foods won’t do anything to improve your overall health, they’re also linked to depression, according to the source. It explains that many fried foods are doused in partially hydrogenated oil, often a source of trans fats.” Anything that is cooked with hydrogenated oils and contains trans fats could potentially contribute to depression,” it explains.

Meanwhile, an article from WebMD says having olive oil in your diet can have benefits – the source explains consuming more than 20-grams of olive oil daily can cut depression risk by 30-percent.

PsychCentral said avoiding fatty foods is good for certain health benefits (like losing weight), but that fat-free foods can also be high in sodium (salt). “The excess sodium in these products can disrupt your neurological system, contributing to depression,” it explains.

Meanwhile, there are arguments to be made on the flip side of the coin for salt: some sources say salt it actually a mood enhancer, with ScienceDaily referring to it as “nature’s antidepressant.” Research cited by this source says we consume way too much salt and may crave it because it makes us feel good – and it adds that the research shows that rats have a lack of interest in doing things that are usually fun for rats when they are salt-deficient. A problem may be that humans are addicted to salt, which produces cravings (and an up-and-down cycle akin to drug abuse), it explains.

These foods can trigger your body to release too much insulin that regulates blood sugar, also known as “insulin dumping,” explains the source. The feeling you get from the resulting low blood sugar (due to increased insulin) can mimic depression and anxiety, it adds.

WebMD warns this artificial sweetener might be lurking in your “light” or “sugar free” salad dressings. Sure, the product can say it’s sugar free, but there could be a replacement in there.

The source notes this particular sweetener has been linked to not only depression, but anxiety too. Regular dressings can be loaded with sugar in the form of high-fructose corn syrup, it adds. “Check the ingredients or, better yet, make your dressing at home from scratch,” it suggests.

This is an ingredient commonly found in energy drinks, and the guarana bean (native to South America) contains up to 4-times the amount of caffeine as a coffee bean, says some sources online. Men’s Journal says that energy drink stimulants including guarana have “been linked to anxiety, irritability, nervousness, restlessness, tremors, and mania.”

A study cited by the source notes higher anxiety was reported among the 20-year olds who consume one or more 8.4-ounce energy drinks per day. However, the source points out it’s not clear if the drinks themselves are causing stress, or whether anxious people are self-medicating with energy drinks.

Gluten can be found in more obvious places such as bread and pasta, but it can also be lurking in soy sauce, notes WebMD. However, the gluten will only worsen depression or anxiety (and possibly cause you to feel fatigued) if you’re actually sensitive to gluten, it adds.

The more definite form of gluten intolerance is called Celiac disease, which can cause damage to the intestinal system when consumed due to an autoimmune response from your body. If you have a diagnosis of this from a doctor, then you should already know to stay away from gluten products. However, even those without Celiac disease can be sensitive to gluten.

NaturalNews.com echoes the claim that artificial sweeteners are bad for depression and anxiety, but says that MSG added to many manufactured foods can also tip the depression scale in the wrong direction.

The source says that aspartame and MSG are “neurochemicals that alter the balance between neurotransmitters in the brain.” While MSG is commonly associated with a savory taste found in processed foods, glutamates also occur naturally in some foods such as tomatoes and grapes, cheeses, walnuts, and more.

This is a common additive to drinking water, and according to the Telegraph in the UK, it can contribute to depression. The article cites a study that shows the highest rates of underactive thyroid (which carries a symptom of depression), occurs in areas in the UK with the most added fluoride.

These thyroid issues may also cause weight gain, fatigue and aching muscles, adds the source. Certain developed countries add fluoride to water in an attempt to decrease rates of tooth decay (fluoridated water is common in the U.S.), but the source notes there are studies that show it slows production of iodine, which is needed for a normally functioning thyroid.

This is an artificial yellow food dye, more commonly known as FD&C Yellow No. 5, according to HealthCentral.com. It is also used as a flavor enhancer as well as for food coloring, adds the source.

This food dye commonly hides in products such as soda, candy, and cookies, and it’s linked with allergies, mood disorders (such as depression), and even asthma, it adds. “The best way to avoid this chemical is to steer clear of brightly colored foods,” it suggests. 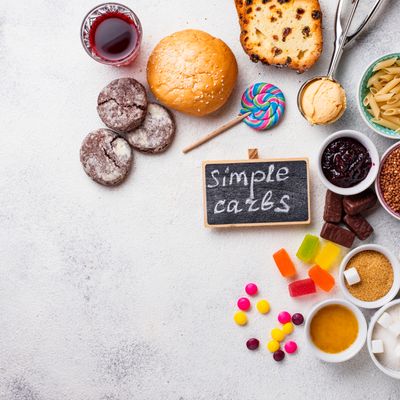