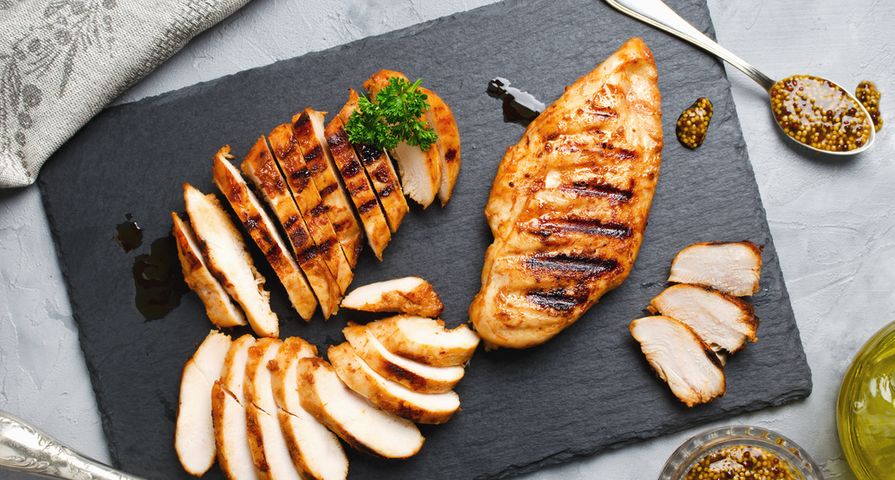 Conditions Often Confused with Alzheimer's Disease
If there’s a history of dementia or Alzheimer’s disease in your family, you may already take supplements in order to boost memory and protect against age-related memory decline. However, researchers at Yale University claim that the body doesn’t absorb nutritional supplements quite as effectively as it does natural foods.

Whether you’re preventing a family history of dementia and Alzheimer’s, or just looking to reduce risk in general, researchers recommend following the “MIND” diet which is short for Mediterranean-DASH Intervention for Neurodegenerative Delay. It touts eating a more plant-based diet with limited red meat, saturated fats and sweets, says Mayo Clinic. And when it comes to brain-boosting Alzheimer’s-fighting super foods, these 12 foods should be at the top of your shopping list…

You likely already know that berries—such as strawberries, blueberries, and raspberries—are considered superfoods. This is due to the fact that they deliver a boatload of antioxidants in each bite! Antioxidants have long been linked to enhance cognitive function in dementia and Alzheimer’s patients. However, a study published by the Journal of Alzheimer’s Disease discovered that high-antioxidant berries were able to reduce plaque in the brain, which is thought to cause Alzheimer’s.

Chatelaine writes that blueberries in particular are among the best. “They contain flavonoids, which activate brain pathways associated with less cellular aging,” writes the source. WebMD also points out that berries have been linked to slowing down the symptoms of Alzheimer’s. We suggest eating about 1/2 cup three times a week.

Do you know what spices like turmeric, cocoa, cinnamon, and nutmeg have in common? According to the journal Central Nervous Systems Agents in Medicinal Chemistry, these spices contain certain polyphenols and compounds with numerous cognitive advantages. The journal research outlines the many gluco-recovery, anti-inflammatory, and antioxidant properties in these spices and theorizes on their Alzheimer’s prevention connection.

MindBodyGreen also explains that “these spices can all help to break up brain plaque and reduce inflammation of the brain which can cause memory issues.” The foods on this list will not only help improve brain function, but fight off illnesses that cause our brains to age prematurely like obesity, heart disease, diabetes and hypertension.

Natural foods rich in omega-3 fatty acids—namely nuts, flaxseeds, and certain types of fish—have long been linked to Alzheimer’s prevention. And even though much speculation can be found, more research must be conducted for undeniable scientific proof. However, research in the Journal of Alzheimer’s Disease as well as the European Journal of Nutrition, details how omega-3-rich foods can help decrease the rate of cognitive decline in Alzheimer’s patients.

Fatty fish like salmon and trout are particularly good because the iodine and iron “help maintain cognitive function” and they contain “brain boosting omega-3 fatty acids.” You should be eating these types of fish at least two or three times a week.

I know, here I go about the coconut oil—yet again! But really, research from the Journal of the American Academy of Physician Assistants has found evidence of coconut’s oil’s effectiveness in the fight against dementia and Alzheimer’s disease.

Dark, leafy green vegetables are among the best foods for us. No matter what, we should all be eating these veggies. But people who are at a high risk for dementia or Alzheimer’s should definitely be loading up on these. According to findings from the Journal of Nutritional Health and Aging, increasing your consumption of leafy greens will decrease the risk of Alzheimer’s and dementia—and they’re just plain good for you!

The best leafy greens are spinach, kale, and romaine. They are loaded with brain-boosting antioxidants and vitamin K, both of which act as brain shields when it comes to warding off age-related cognitive decline. It’s important to note that if you’re taking blood thinners, you should consult with a doctor before loading up on too much vitamin K.

Just like leafy greens, we should all be eating these veggies on a regular basis. They are just as important as leafy greens because like kale and spinach, broccoli, cauliflower and Brussel sprouts are all high in vitamin K. Chatelaine also notes that they are high in glucosinolates which have an antioxidant effect, as well as folate and carotenoids that lower homo-cysteine and fight cognitive impairment, says MindBodyGreen. The source recommends eating at least 1/2 cup every week.

Other vegetables that are important to eat when it comes to improving brain health are pumpkin, squash, asparagus, tomatoes, carrots and beets. MindBodyGreen says when these foods aren’t overcooked they contain lots of vitamin A, folate and iron which can help with cognition.

Foods like beans, chickpeas, and lentils are all good for us, specifically our brain health because they are loaded with antioxidants, fiber, vitamins, and minerals. MindBodyGreen writes, “these foods contain more folate, iron, magnesium and potassium that can help with general body function and neuron firing.” The source also states that they contain choline, which is a B vitamin that boosts acetylcholine (a neuro transmitter critical for brain function).

We suggest swapping out red meat for 1/2 up of beans or legumes at least twice a week.

Nuts are one of those foods that can be really healthy for us if we eat them properly. Plus they make for a really easy go-to snack! Our first rule is that they need to be unsalted. The other golden rule with nuts and seeds is that they are to be enjoyed in moderation because they contain lots of healthy fats.

Chatelaine says walnuts are among the best nuts because they are high in “omega-3 fatty acid, a brain-protective nutrient” which also makes them great for fighting off Alzheimer’s disease. The source also suggests eating only 1/4 cup or two tablespoons of a nut butter daily.

Unless you’re a vegetarian, you probably already eat chicken quite frequently throughout the week. Thankfully, it’s a great option and should be easily substituted for red or processed meat whenever possible. However, we suggest only eating one serving a day.

Of course, it’s important to note that we’re not talking about fried chicken or flash-frozen chicken like the boxed version you probably purchased at the grocery store. We’re talking about a nice lean, grilled piece of chicken.

Whole grains play an important role in the “MIND” diet. “Choose fibre-rich whole grains like oats, brown rice, and whole-grain wheat to offset your intake of refined grains,” writes Chatelaine. You could also try quinoa, kammut, and gluten-free oats, but stay away from bread and cereal).

Olive oil isn’t a food or snack per se, but it’s a common ingredient used in the kitchen and should be preferred over other popular oils. You should be using it when cooking and can even try it as a salad dressing because unlike other unhealthy options, it contains monounsaturated fats, vitamin E, and antioxidants. WebMD points out that olive oil has “been shown to improve brain function over the long term and protect against dementia.”

You might be wondering what wine is doing on this list, but red wine has actually been shown to improve brain health and protect against Alzheimer’s! WebMD explains that several studies have shown this to be true, however in order for it to work, the wine must be enjoyed in moderation. Women should only drink one glass a day and in the case of men, it can be up to two. It’s important to note, that if you drink too much red wine it could have the opposite affect and make you more likely to get dementia, says the source. 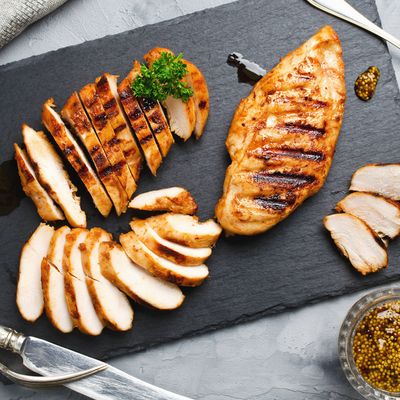