Healthy Foods Your Liver Will Thank You For 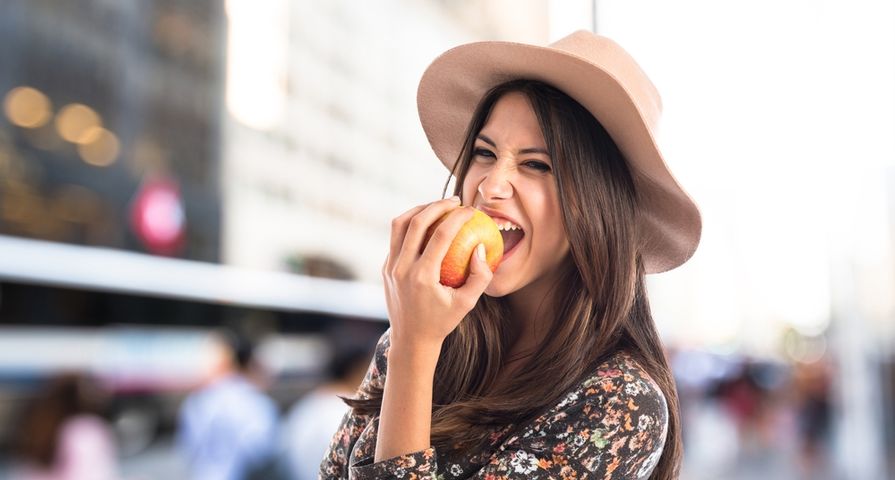 Telling Signs and Symptoms of Liver Damage
Your liver – it’s a very important organ in your body, but it’s also one of the most neglected and abused. While drinking too much can be detrimental to your liver’s health, so can eating the wrong foods.

Fortunately, eating the right foods can help your liver do its job a little better – which is mainly to filter blood from the digestive tract before it’s returned to the rest of the body. Here are 14 foods that are liver-friendly…

Yes, a good ol’ cup of Joe is good for the liver, at least according to Healthline.com. “Coffee is one of the best beverages you can drink to promote liver health,” it notes.

The source backs up this claim by citing studies that show drinking coffee on a regular basis lowers complications (including permanent liver damage) in patients with chronic liver disease. The benefits are attributed to coffee’s ability to prevent buildup of fat and collagen, “two of the main markers of liver disease,” it adds.

Oatmeal can be high in fiber, and fiber is generally good for you in many ways, including aiding digestion. “Research shows it can help you shed some extra pounds and belly fat, which is a good way to keep away liver disease,” says WebMD about oatmeal at the start of your day.

If you don’t like the texture or taste of oatmeal, you can add some crushed nuts or chopped fruits to it for added sweetness and additional vitamins and nutrient.

Livestrong.com explains that green tea can be beneficial for your liver if drank in “moderate” quantities. The source says green day, which is not fermented, contains high levels of antioxidants known as polyphenols that can reduce damage to cells from aging or disease.

However, drinking too much of this tea, or taking a lot of green tea supplements, “could have toxic effects on your liver,” adds the source. You may want to consult a dietician to find out how much green tea is acceptable for you.

Speaking of polyphenols, blueberries also contain these nutrients that can help protect against nonalcoholic fatty liver disease (NAFLD), a condition that usually coincides with high cholesterol and obesity, says WebMD.

Maybe you don’t like blueberries (to be fair, they can be a bit sour). If that’s the case, then try alternatives such as dark chocolate, olives, or plums, adds the source. Perhaps have a cup of green tea with it too.

Good ol’ plain water is beneficial to everyday function, and that includes your liver. Not only will it keep you hydrated throughout the day, but it may also help you control your weight, which is an important element in liver health.

WebMD explains that consuming sports drinks or soda can pack in a lot of empty calories, which can be avoided by reaching for a glass of water instead. “You’d be amazed at how many calories it will save you each day,” it explains.

An apple a day – keeps liver problems at bay? At least according to GlobalHealingCenter.com, apples provide the right “chemical constituents” (including being high in pectin, a fiber) that can aid the digestive tract in cleansing and releasing toxins.

In short, the apple helps optimize your liver in getting rid of those harmful toxins from your system, it adds. So the next time you’re considering an expensive and trendy cleanse, maybe reach for an apple instead.

7. Don’t Leaf Out The Spinach

WebMD notes that leafy greens such as spinach contain a “powerful antioxidant” called glutathione, which has been linked to better liver function. “And spinach couldn’t be easier to prepare,” it adds.

You can use it as a base for a salad, or you can sauté it with some garlic and olive oil for an extra hit of taste, adds the source. Even when it’s wilting, you can save it with a dusting of fresh Parmesan cheese, it notes.

With olive oil, not motor oil. Healthline.com says olive oil is considered a “healthy fat” because of its positive effects on heart health and metabolism – as well as the liver.

It cites a small study that shows consuming just 1-teaspoon of olive oil per day improved liver enzyme and fat levels in patients with Non-alcoholic Fatty Liver Disease. “The participants also had less fat accumulation and better blood flow in the liver,” it adds. Other studies have since backed these findings up, according to Healthline.

Speaking of garlic, LiverDoctor.com places it among the top 6-foods for your liver. “This pungent herb has an enormous range of benefits in your body, plus it helps to keep your liver healthy,” says the source.

Garlic has a high sulphur content, which is important in the second phase of detoxification, it adds. Many people lag in this phase of natural detox, “and garlic helps to speed it up.” Other sources of sulphur include onions, leeks and eggs.

Okay, you don’t actually have to go fishing, as the grocery store has lots of it. In any case, LiverDoctor.com rates fish as 1-of the best foods for maintaining a healthy liver, mostly thanks to its high protein content.

It’s the amino acids in protein that are responsible for the detoxification process, it adds. “The enzymes required for phase 1 and 2 detoxification in the liver depend on amino acids found abundantly in fish, as well as other protein rich foods,” it adds. Fish also contains Omega 3 fatty acids, which are beneficial for those with raised liver enzymes due to inflammation, it explains.

11. Be Brazen About Brazil Nuts

According to Prevention.com, Brazil nuts are a “superfood” that are a rich source of selenium, a trace element that apparently can reduce risk of liver cancer.

The source points to a 2016 study of 477,000-adults that shows those with the highest selenium levels are actually 5 to 10-times less likely to get liver cancer than their selenium-challenged counterparts. Selenium helps activate glutathione peroxidase, “an antioxidant and major detoxification enzyme,” to do its positive work in the liver, it explains.

Maybe you’ve never tried beetroot juice – if not, your liver (and heart) can give you a good reason to go for it. Healthline.com explains the juice of beets is a good source of nitrates and antioxidants called betalains, “which may benefit heart health and reduce oxidative damage and inflammation.”

That’s all fine and dandy, but we’re talking about the liver here, right? Well, the source adds that several studies involving rats show that beetroot juice “reduces oxidative damage and inflammation in the liver, as well as increases natural detoxification enzymes.” For some reason, the same study hasn’t been done on humans, but it probably won’t hurt to try some yourself in moderation.

Grapefruit, the bigger, slightly sour cousin of the orange, is loaded with Vitamin C and antioxidants that support “the natural cleansing abilities of the liver,” explains GlobalHealingCenter.com.

If you don’t want to dig into a grapefruit with a spoon (they can be tricky to eat), then you can enjoy a small glass of freshly-squeezed grapefruit juice to help boost levels of detoxifying enzymes in the liver to flush out carcinogens and other unwanted stuff, it adds.

It may not be everyone’s favorite food, but your liver may thank you for it if you add it as a side to your next meal. The cruciferous vegetable is “highly beneficial for the liver” thanks to its sulforaphane content, which is helpful in phase 2 detoxification, says LiverDoctor.com.

Maybe you’ll like the taste of 1-of the other vegetables in the cruciferous family, which all contain sulforaphane. These include kale, cauliflower, cabbage, and Brussels sprouts. Or… just add some cheese on top.

Important Functions of the Liver
X 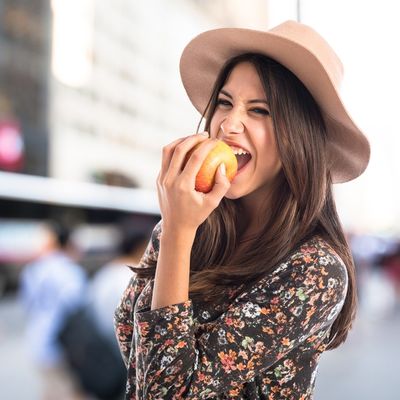