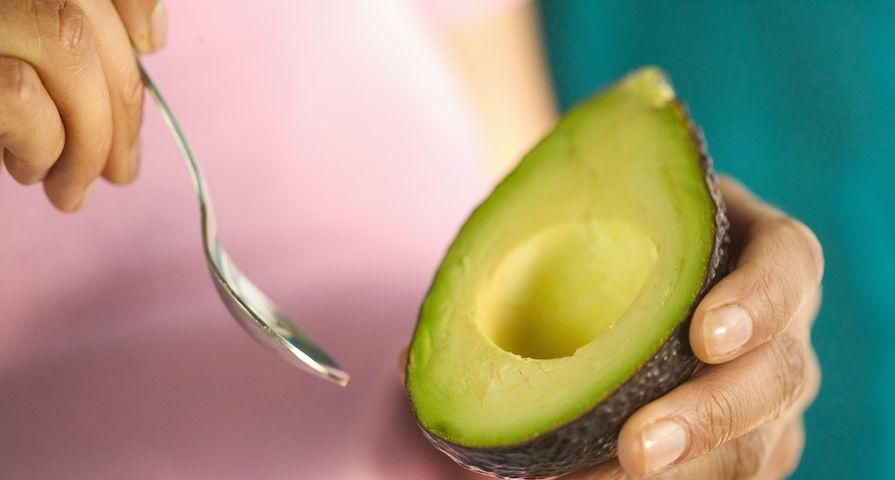 We all know that making health-conscious food choices are important. This is even more true for those who are managing a condition like diabetes. It’s also important to remember that not all foods carry the same nutritional weight. For example, all greens are good for us, but kale is better than iceberg lettuce.

While the nutrient content in food is certainly one factor to be mindful of, those with diabetes must also be aware of their glycemic index (GI) in order to properly manage their blood sugar levels. Thankfully, the following 13 foods are both nutritious and have a low GI, making them especially good eats for those with diabetes.

Tomatoes are part of the non-starchy fruit family, all of which have low GI scores—meaning they raise a person’s blood sugar more slowly. Additionally, a study has found that eating about 1.5 medium tomatoes per day can reduce blood pressure and “might help reduce cardiovascular risk that’s associated with type 2 diabetes,” says Healthline.

And, whether raw or cooked, tomatoes are a rich source of the nutrient lycopene, which the source indicates is “a powerful substance that may reduce the risk of cancer (especially prostate cancer), heart disease, and macular degeneration.”

Strawberries contain a substance called fisetin, which one study has shown to “prevent kidney and brain complications in diabetic mice,” says Mercola.com. And in human studies, it has been found that eating lots of them—along with other berries like blueberries and raspberries—lowers a person’s risk of developing diabetes.

The source adds that the high vitamin C content in strawberries has also been linked to a lowered risk of type 2 diabetes. Just one cup of them (fresh) offers 160-percent of your daily value, and with a GI score of only 41 (foods with a GI of 55 or less are considered low), you can enjoy eaten on their own, in salads, as well as blended into smoothies.

Eating high-fiber foods is important for people with diabetes, as they help to control blood sugar levels. And citrus fruits—like oranges and grapefruit—offer plenty of it, provided you eat the flesh, of course, as the juice alone doesn’t offer any.

When it comes to GI scores, oranges are quite low at 40. Grapefruit, however, “has one of the lowest GI scores of all fruits,” says Healthline, with a score of only 25!

Certain species of fish are considered ‘fatty’ as they are rich sources of omega-3s. One such variety is wild salmon, whose EPA and DHA content (types of omega-3 fatty acids) have been found to “improve insulin sensitivity and reduce inflammation,” says Food Matters.

Sardines are another type of fish that offer plenty of omega-3s, plus they have the added benefits of being far less expensive than wild-caught salmon, and have lower levels of mercury in them than fish like tuna. And you can feel good about adding them to your diet a few times a week, as they (and all other types of fish) aren’t on the GI at all, so eating them “won’t have much effect on your blood glucose levels,” says the University of Sydney. Try sardines straight from the can, grilled fresh, or added into salads and pasta sauces.

Due to their combination of protein, fiber, and healthy fats, walnuts make a great snack food choice for those with diabetes. According to Medical News Today, these healthy fats “can increase good cholesterol while decreasing harmful cholesterol.”

This can reduce a person’s chances of developing heart disease or having a heart attack, two conditions that people with diabetes have a higher risk of. Additionally, the source says that people who eat a lot of nuts tend to put on less weight, which can help to lower high blood sugar levels. And, like fish, they aren’t given a GI score, as they contain little to no carbohydrates.

Like walnuts, seeds can also be beneficial for those with diabetes. Flax seeds, for instance, offer loads of fiber, magnesium, and omega-3 fatty acids. Pumpkin seeds are also rich in omega-3s, as well as iron.

Omega-3s are also aplenty in chia seeds, which Everyday Health explains, “…may help lower your triglycerides and raise your HDL (‘good’) cholesterol level — a goal of many people with diabetes.” Additionally, chia seeds are high in fiber—approximately 5-grams per tablespoon—making them a healthy addition to oatmeal, yogurt, and smoothies. And—bonus—they (and all other types of seeds) are another type of food that has no GI score, so you don’t have to worry about them affecting your blood sugar levels.

As mentioned earlier, fiber helps to control blood glucose levels, so it’s important for people with diabetes to get plenty of it in their diet. One way to do this is by eating beans. According to HealthGrades.com, just a half-cup serving “will give you one-third of your daily recommended allowance of fiber.”

In addition to fiber, beans offer plenty of protein, potassium, and magnesium. They also have low GI scores, with black beans at 30 and chickpeas at 10, and can reduce a person’s risk of coronary heart disease.

Kale packs a serious nutritional punch! In addition to offering more than 100 percent of your daily intake of vitamins A and K, the leafy green is rich in potassium, which Healthline says, “…has been shown to help manage blood pressure,” and it has a GI score of only 15.

Parents adds that kale also “helps your body use insulin efficiently, keeping blood sugar under control,” and might be able to reduce chronic low-level inflammation in the body, which is thought to be a contributing factor for type 2 diabetes.

Kale isn’t the only leafy green that’s valuable for people with diabetes to eat. Spinach has also proven beneficial, particularly because of its extremely high potassium content. Just one cup of it, cooked, offers 839-milligrams of the nutrient!

It is essential to get enough potassium, as Mercola.com explains, “low levels…have been linked to an increased risk of diabetes and diabetes complications.” Spinach—which has a GI score of only 15—is delicious in salads, soups, and in sandwiches, but can also be juiced or added to smoothies for increased intake.

White bread has a high GI score of around 70, so people with diabetes should be mindful to substitute it with loaves of the whole grain variety—especially those that are made from 100-percent stone-ground whole wheat, which have a much lower GI score.

In addition to bread, whole grains can be found in pasta and cereal. These foods are loaded with both soluble and insoluble fiber, as well as antioxidants. Hulled barley is another whole grain option, which Healthline says can lower blood cholesterol and stabilize blood sugar levels.

Lentils, a type of legume, are another beneficial superfood for people with diabetes. They contain plenty of soluble fiber, which Everyday Health says “helps slow digestion to keep your blood sugar from spiking.”

In addition to fiber, lentils are a rich source of protein, iron, B vitamins, and complex carbohydrates, and “have been shown to increase your energy and possibly improve your mood.” And with low GI scores ranging from 21 to 52 (dependent on the variety and how they are prepared), be sure to try them in soups, curries, and salads.

Cinnamon is a commonly used spice in both cooking and baking, for both its delicious flavor and aroma. And those with diabetes have even more of a reason to love it. In addition to having no GI score, Food Matters says the spice “has been shown to help lower blood glucose levels in people with type 2 diabetes and even increase the amount of insulin produced in the body.”

In fact, Medical News Today cites one study that found that people who took a high dose of cinnamon were able to lower their average blood sugar levels from 8.9- to 8.0-percent.

Avocados pack a serious nutritional punch. Not only are they a valuable source of over 20 vitamins and minerals—including vitamins C, E, and K, potassium, and beta-carotene—they also offer plenty of healthy fats.

And, according to MedicalNewsToday.com, eating foods that have healthy fats can help you feel full, and “slows the digestion of carbohydrates, which helps to keep blood sugar levels more stable.” Additionally, avocados don’t appear on the GI and are packed with fiber—just one half contains about 6- to 7-grams.