Foods That Can Irritate The Bladder 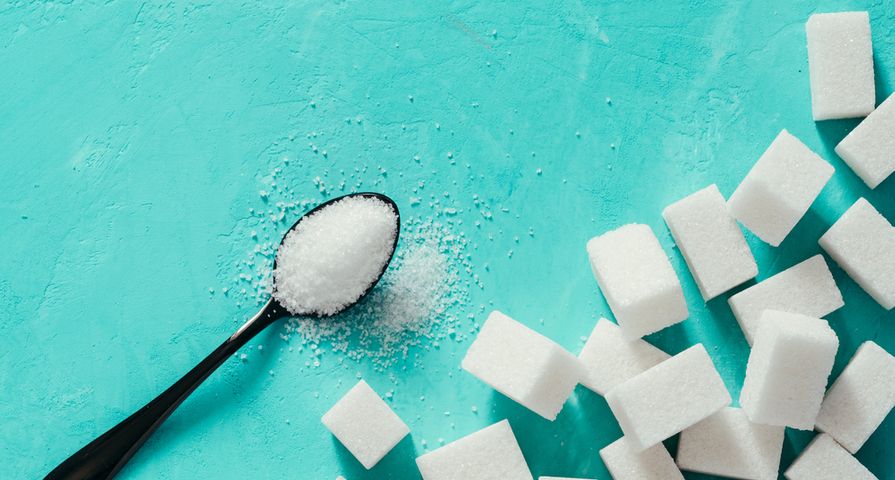 If you’ve ever had bladder issues or a urinary tract infection, you know that such problems can result in pain, irritation, and lots of visits to the bathroom, whether it’s during the day or the middle of the night.

For individuals who regularly struggle with these kinds of issues, it’s important to find the foods and drinks that can help alleviate pain and irritation while avoiding those foods that can exacerbate them. So, what foods should you consider eliminating when looking to limit the physical impact of bladder-related problems?

There are many reasons to limit your consumption of alcohol, starting with the threat it poses to your liver, which is responsible for filtering out the toxins present in alcoholic beverages. In time, excessive alcohol consumption can seriously hurt this key organ and may even lead to liver disease, which can be fatal.

But that’s not the only threat alcohol poses. It can also have a serious impact on the bladder, particularly if the individual frequently struggles with bladder infections. That’s because alcohol tends to irritate the bladder, resulting in pain, discomfort, and frequent visits to the bathroom, even in the middle of the night. “Alcohol is a diuretic, drinking alcohol inhibits the body’s release of the hormone vasopressin,” says Julie Ching, registered dietitian, “And can cause someone to need to urinate more frequently.”

Citrus fruit — like oranges, tangerines, grapefruits, lemons and limes — are very popular and for good reason: not only are they very flavorful on their own or when added to other foods and drinks, but they contain lots of vitamin C, which can help boost the immune system.

But there is one drawback to eating or drinking a lot of citrus: it tends to upset the bladder, and may be more problematic for people who regularly struggle with bladder-related health problems. The more acidic the fruit, the worse, which means lemon, lime and grapefruit should be kept at arm’s length until you’ve put bladder problems behind you.

Name a major holiday and chances are there’s a chocolate snack for that. Chocolate is a major part of several important holidays, from Christmas to Easter and even Thanksgiving. And no wonder: both milk and dark chocolate have a flavor and texture that most people simply adore.

But chocolate can also present some significant health problems, and not just because it tends to be full of sugar and fat. Because a lot of chocolate contains caffeine, which is known to irritate the bladder, it can cause significant pain and irritation in individuals who regularly struggle with bladder-related issues. If you simply can’t avoid chocolate — and that’s fairly understandable given its prevalence — then opt for dark over milk chocolate, which is typically lower in fat and calories.

If you want to limit the impact of bladder problems, including an infection, then it’s only sensible that you reduce your consumption of caffeinated beverages like coffee, tea, and soda. These caffeinated beverages can act as diuretics, meaning they can cause a person to have to urinate more than if they stuck with non-caffeinated drinks.

That isn’t to say you must avoid these drinks altogether, since that’s asking a lot of someone who may love the way they taste or the energy boost they provide. But it is important to limit their consumption, particularly closer to bed time, when there’s a good chance they’ll keep you awake at night or cause you to awaken in order to use the washroom.

It’s one thing to enjoy a caffeinated coffee or tea from time to time, but it’s something else entirely to consume energy drinks, some of which contain dangerous amounts of caffeine and sugar.

These beverages are so problematic that there’s even been discussion of keeping them out of the hands of children and teenagers, since their bodies sometimes struggle to effectively process so much caffeine. In some cases, consuming too much of this kind of liquid can lead to serious health problems, such as an irregular heartbeat or worse.

So long as your digestive system can handle them, spicy foods can actually be quite good for you. For one, hot foods like jalapenos and curries can promote a feeling of fullness, making them an excellent choice for individuals looking to lose weight by reducing their overall consumption of fat and calories.

But spicy foods are less helpful for people with bladder issues because they tend to irritate the lining of this important organ, leading some individuals to feel a greater need to visit the bathroom. For anyone struggling with incontinence issues, this presents some significant problems and is a good reason for them to stick with milder food choices.

There are many reasons to avoid consuming a lot of sugar, which has been shown to increase the risk of obesity and obesity-related issues, including diabetes and heart disease, but one factor that’s rarely discussed is its impact on the bladder.

Like spicy foods, sugar tends to irritate the bladder, increasing the chances an individual will need to make frequent trips to the nearest restroom. If you simply can’t avoid having sugar — say, you just love coffee with something sweet in it — try sugar alternatives, such as stevia, which is a natural sweetener.

This list suggests avoiding some foods that, let’s face it, pose health concerns for many people. In other words, there are many reasons beyond bladder issues that could lead someone to avoid alcohol, caffeine, or sugar. Even spicy foods, which can irritate the bladder lining, can present many different types of health problems, particularly for those with sensitive digestive systems.

But you may be very surprised to learn that individuals with overactive bladders should try and avoid tomatoes and tomato products. That’s because tomatoes are relatively acidic, and this means that, like citrus products, they can cause the stimulation of the bladder. For people with recurring bladder issues, this should mean cutting back on the consumption of tomato soup, salsa, chili, and spaghetti sauce.

Carbonated beverages like soda, sparkling water, and beer are all around us; in fact, it’s conceivable that someone could actually consume only carbonated drinks. But that could be a pretty significant problem for anyone with serious bladder problems.

This is because carbonated beverages can trigger the bladder to release some of the fluid contained within, leading an individual to visit the bathroom more than they would otherwise. This is an even bigger problem if the drink in question contains either alcohol or caffeine, which can actually compound the issue.

Unless you’re a vegetarian (or vegan), you probably eat processed meat. It’s a fairly common part of most people’s diet considering many of us buy our meats prepackaged at the grocery store. There’s a lot of talk out there about how bad processed meat is for us, but what’s not often mentioned is that it can also irritate the bladder!

So how can processed meat like corned beef, hot dogs, or deli meat affect our bladder? Easy. It’s because the processed meat we eat contains either (or all of the following), spicy seasonings, sodium nitrates, and nitrites. Instead of eating processed meat that comes in a package, people should purchase their meat from the deli where it’s fresh. Swap it for fresh and mild-flavored meats like fresh turkey, chicken, fish, beef, or lamb.

In addition to processed meat, aged cheese can also have a similar effect on the bladder. This is because many aged cheeses contain monosodium glutamate — the same stuff we find in Chinese food, processed meats like sausages, and cheese-flavored snacks.

The biggest cheese offenders are hard aged cheeses like Parmesan and Asiago, as well as those commonly referred to as “stinky cheeses” like Blue and Roquefort. And let’s not forget any of those processed cheeses that contain chemicals! This doesn’t mean we have to completely cut out cheese. In fact, there’s plenty of other options out there. Instead of eating bladder irritating cheeses, opt for mild cheeses like mozzarella, feta, ricotta, or mild cheddar. Another soothing cheese is cream cheese or cottage cheese.

This one is probably surprising to a lot of people because nuts don’t often contain any added ingredients, aside from a little bit of seasoning here and there. Thankfully, it’s not all nuts that can be lumped into the group of bladder irritants.

Nuts is a pretty general category — so what types of nuts are we talking about here? Well, unfortunately it’s easier to list which nuts AREN’T known to be irritating: almonds, pine nuts, cashews, and sunflower seeds. Most other nuts are common irritants. It’s important to note that the tolerance varies from person to person, so it might not affect everyone the same.