Foods (That Aren’t Oranges) That Are Packed with Vitamin C 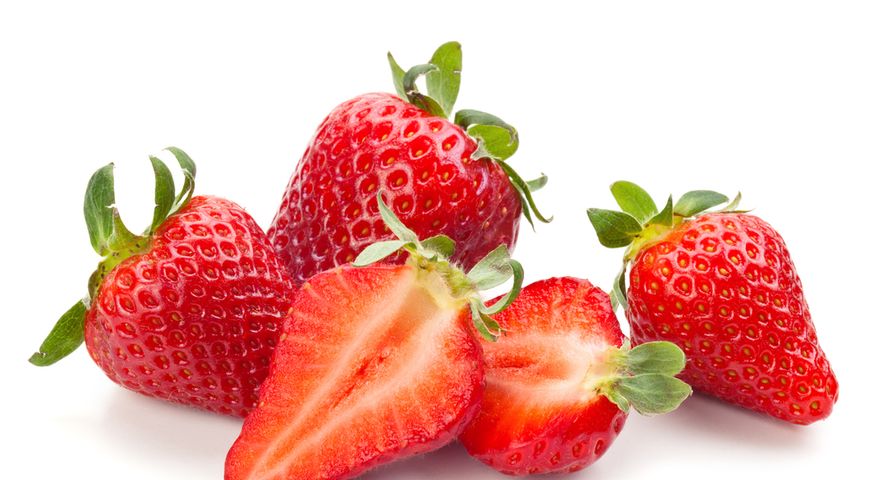 Most adults know that getting a sufficient amount of vitamin C is an important part of maintaining our immune system and staying healthy. And many of us understand that we can get vitamin C by consuming citrus products, like oranges, grapefruits, lemons, and limes.

But not many of us understand that there are actually many different types of food that provide a significant amount of vitamin C, which acts as a potent antioxidant and can help buttress our immune systems against all kinds of threats, from the common cold to the flu and more. Now, let’s take a look at some of those helpful vitamin C-loaded foods.

Eat your broccoli! Just about every kid has been admonished by their parents to consume this starchy, fiber-filled vegetable that’s simply packed with healthy vitamins and minerals. Like some of the other items on this list, it’s also highly versatile, with its flavor and texture changing a lot depending on the way it’s prepared (if at all).

Beyond that, broccoli can help you reach your vitamin C requirement for the day and it can do that a lot easier and faster than you may think. Just one cup of cooked broccoli contains roughly 100-milligrams of vitamin C, which is more than the daily requirement. If you or your loved ones are huge fans of its flavor, consider boiling your broccoli and mashing it up before adding it to a sauce, soup, or stew.

Ask someone about vitamin C and they’ll probably suggest drinking a glass of orange juice in order to get your daily requirement. But it’s not just oranges, or even citrus fruit in general, that can help you get your supply of vitamin C for the day. In fact, there are a number of vegetables, including bell peppers, that can give you that vitamin C boost.

There are few vegetables more despised by kids and adults alike than Brussels sprouts, the veggie named for a Belgian city. It’s believed that this is roughly where the vegetable was first grown nearly a millennium ago.

Although they’re not particularly popular with the young folk — at least, here in North America — Brussels sprouts have spread from Europe to all parts of the world due in large part to their nutritional value. For one, they’re remarkably high in vitamin C, with roughly half a dozen individual sprouts providing enough of the vitamin to reach your daily requirement.

They’re also packed with fiber, which can help you feel full faster. If you really hate the taste, consider boiling and shredding them or cooking them in a pan with a handful of chopped bacon (which, let’s face it, unless you’re a vegan or vegetarian, makes just about anything taste better).

9 Things You Should Know About Your Health Insurance Coverage

The kiwi is a delicious fruit thanks to its sweet, subtle taste (often with hints of tartness) and remarkably unique, meaty texture. While it often makes its way into fruit salads and tropical fruit dishes, the kiwi isn’t quite as popular as many other healthy foods on this list, such as the pineapple or strawberry. We’ll chock that up to its small size and skin, which can be a bit of a pain to remove.

And yet, there’s lots of reason to spend a few seconds preparing kiwi for consumption, as it packs in an incredible supply of vitamin C: in fact, just a single kiwi fruit contains about twice your daily requirement of the vitamin.

The papaya is typically on full display in buffets at tropical resorts, like those found in Caribbean destinations like Mexico, Cuba, and the Dominican Republic. But it’s not as widely seen or consumed in the United States and Canada, even though it’s usually available at the typical grocery store.

And when it comes to getting a sufficient amount of vitamin C, there’s plenty of reason to hunt down the papaya. The tropical fruit with a mild flavor packs in lots of vitamin C, with a single one providing roughly twice the daily requirement. If the flavor isn’t your favorite, consider throwing it in a blender with milk and some other fruit to complete a healthy breakfast smoothie.

The strawberry is, arguably, the most popular berry in North America, and for good reason. In addition to being sweet and a little tart (the ratio of the two depending in large part on whether it was picked locally and in season), it’s relatively low in sugar and calories.

Of course, it’s also filled with powerful antioxidants that can help boost the immune system and aid in the fight against dangerous free radicals. The strawberry is also packed with a sufficient amount of vitamin C, with just half a dozen or so providing the daily requirement. For best results, pick them yourself or look for those grown locally during the summer months.

Chances are you’ve never heard of kohlrabi, a vegetable that looks and tastes a lot like cabbage or Brussels sprouts. But that may change in the coming years, as this veggie begins to make its way into the mainstream.

As it should be. Kohlrabi not only tastes familiar, it boasts a huge amount of vitamin C, with a single cup of it providing more than the daily requirement. It also contains a significant amount of potassium, fiber, and vitamin B6, all of which can help boost energy levels, keep you feeling full, and help you in staying regular.

Pineapple is one of the sweetest fruits in the world, which helps explain why it’s so incredibly popular. It’s so sweet, in fact, that it tastes like a dessert and when eaten at just the right time (in other words, when it’s reached peak ripeness), can easily replace much less healthy dessert options, like ice cream and cake. Of course, it also makes an excellent addition to smoothies, with its sweet flavor helping mask the taste and texture of less desirable fruits and vegetables.

But pineapple isn’t just a great fruit because of its sweet taste. It also provides you with a lot of vitamin C, with a single cup accounting for roughly the daily requirement. Just keep in mind that it does contain a lot of sugar (albeit natural sugar), so it should be treated a little differently than some of the other items on this list.

Spicy foods are good to eat for a variety of reasons; for one, they can help people reach their fitness and weight loss goals by enhancing the feeling of fullness, thereby curbing overeating. Of course, spicy foods can also help clear up the sinuses, as anyone who’s eaten a spicy stir fry or curry knows well.

But some spicy foods have more to offer. Take, for example, chili peppers, which are often added to foods like chili and salsa in order to boost these dishes’ overall flavor. A single small chili pepper can provide roughly all the vitamin C you require for the day, with two chili peppers sending you well beyond that requirement. Just make sure to have a glass of milk ready in case the chili peppers are a bit spicier than you anticipated.

If there’s been one “superfood” making headlines the last few years, it has to be kale, the leafy green vegetable that boasts lots of versatility and a surprising amount of flavor. Unlike a lot of other leafy greens, it can be eaten raw, baked, and fried, with its texture and flavor changing considerably based on how it’s prepared.

But there’s much more to kale than that. It’s considered a veritable superfood because it packs in a wide variety of vitamins and minerals, including vitamin C; in fact, just a single cup of kale provides enough vitamin C to meet your daily requirement. Beyond that, it’s also a great source of fiber, which can help you stay full longer and keep you regular.

If you’re in the hunt for truly versatile foods that also deliver a substantial punch of vitamin C, look no further than snow peas. This high-fiber vegetable is both sweet and savory, which means it makes an excellent addition to a wide variety of healthy dishes, from a salad to soups, stews, and a stir fry.

You might actually be surprised to learn just how much vitamin C can be found in snow peas. A single cup of them, cooked, provides you with your total daily requirement of vitamin C, meaning it’s about as full of the vitamin as any citrus fruit.

Treatments for a Sore Throat

The potato may very well be the most versatile food on the planet. The foundation of so many popular dishes — from French fries to mashed potatoes to shepherd’s pie — has been a mainstay in the cuisines of many countries and cultures for centuries. In fact, it’s a little hard to imagine a world without this incredibly prevalent side dish.

Given its popularity, it’s a little surprising the potato hasn’t gotten more positive press — possibly because its preparation can result in the creation of relatively unhealthy dishes (such as deep-frying them to create home fries or French fries). But they actually provide a substantial amount of vitamin C, with a single medium potato — skin left on — packing in about one-third of your daily requirement. Just be mindful of how your potato is prepared: limit the use of oil and try baking instead of frying.