The Best Foods for Mania and Depression 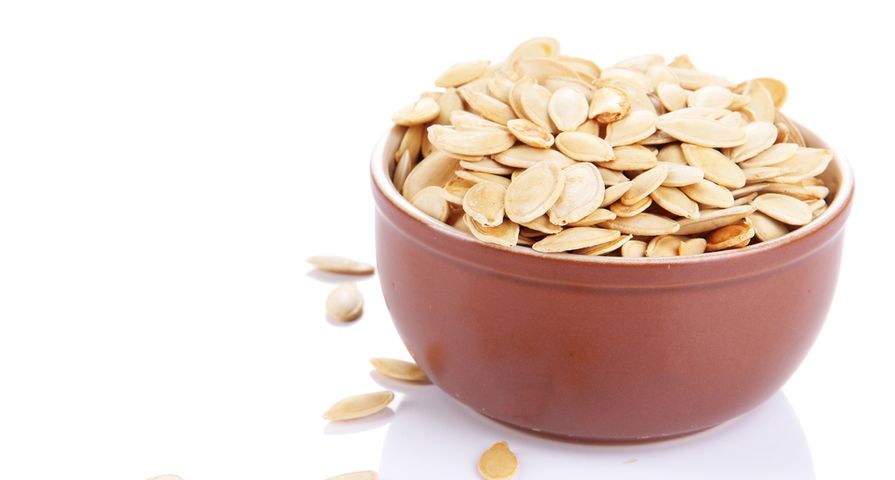 The types of food we eat can have a big impact on our body and mind, and sometimes even more so when there’s a psychological problem like depression or bipolar disorder.

Depression can be debilitating on its own, but bipolar is characterized by periods of being “up” (mania) and “down” (depression) that can be disruptive to a person’s life. While medications and psychotherapy are important allies against these conditions, here are 12 dietary considerations to help in the battle…

This delicacy of the sea (and lake) is “one of the healthiest foods around,” according to BPHope.com. In particular, the source says the omega-3 fatty acids present in this delicious fish are a key to a healthy body and mind.

Aside from omega-3, salmon apparently also packs a healthy punch of protein for long-term energy, as well as tyrosine, which is essential in the production of neurotransmitters linked to mood regulation including dopamine and norepinephrine, adds the source.

Products made of whole grains including breads, rice and crackers have been shown to have positive physical impacts to the heart and digestive system, but their benefits extend beyond that, according to Healthline.com.

The carbohydrates in whole grain products are thought to boost production of serotonin, a key neurotransmitter that is linked with mood. “This feel-good chemical helps to ease anxiety and may leave you feeling more in control,” it adds.

Healthline also lists almonds, cashews, and peanuts among healthy foods for moods. These nuts are high in magnesium, which the source says has been shown to “calm an overactive nervous system” and help to regulate stress responses.

Some nuts are rich in selenium – the source mentions Brazil nuts in particular. It says selenium is a trace element “that’s essential for a healthy brain,” and it notes research has shown it can act as a mood stabilizer. “Selenium deficiency has been linked to depression and anxiety,” it adds.

Healthline says our country’s favorite Thanksgiving bird can actually have some benefits when it comes to controlling moods. That’s because it’s high in an amino acid called tryptophan, which is thought to cause you to fall asleep after a meal (although some sources say that’s from overeating).

In any case, tryptophan is a key in helping your body produce serotonin, which is important in regulating mood (and is a neurotransmitter boosted by many antidepressant medications). Healthline says serotonin may be especially helpful during depressive episodes of bipolar disorder, while there’s some evidence to show it can help with mania symptoms as well. Turkey also falls in list of foods that are high in selenium.

BPHope says certain beans (pinto, chickpeas and mung) have a high content of vitamin B9, also commonly known as folic acid or folate. “Studies have shown that a body that lacks folic acid has a higher than- normal level of homocysteine, a condition that’s been linked to bipolar disorder,” it explains.

It says that just 1-cup “will go a long way,” meeting more than 40-percent of your recommended daily allowance for folic acid. Beans are also known for fiber content to help keep you regular, and lots of plant protein (1-cup of raw pinto beans has around 41-grams of protein).

EveryDayHealth.com says that green tea has been found by researchers to be a good source of antioxidants that can ward off disease, but it doesn’t stop there – it also apparently has “depression-fighting properties” thanks to an amino acid called theanine.

This amino acid is naturally occurring in tea leaves, and “provides an anti-stress relaxation benefit to tea drinkers,” it explains. It’s believed that this offsets the potentially tension-causing effects of caffeine, resulting in a “relaxed alertness,” it adds.

Think of dark chocolate as the cousin of milk chocolate that lives a cleaner lifestyle. It’s definitely not as sweet as the candy bars you’re accustomed to; in fact, it can be downright bitter. But it can help turn your mood around, according to GoFitLife.ca.

The source notes the cocoa in chocolate can help release more serotonin, and contains a flavor “that is structurally similar to valproic acid, which is used to manage the mood swings associated with bipolar disorder.” Too much chocolate may have an opposite effect, so aim for no more than 1-ounce per day, it adds.

Okay, so maybe this isn’t the first meal on the top of everyone’s list, but you may grow to love it and get all the nutritional benefits that go along with it. Huffington Post explains that vitamin deficiencies are often tied to bipolar patients, including vitamin D, which is found in some foods but also produced by sun exposure.

Beef liver is apparently rich in vitamin D – and regulating mood is not the only benefit. The source says research shows this vitamin (which is actually a hormone) may help prevent ovarian, colon and breast cancers.

Huffington Post plants the idea of eating seeds to regulate your mood. The key with some seeds, such as pumpkin seeds and sunflower seeds, is their magnesium content. “Magnesium has been found to function similarly to lithium, which is often prescribed for bipolar disorder as a mood stabilizer,” it notes.

It says that bulking up on magnesium in your diet may help decrease symptoms of mania or “rapid cycling” between episodes. Magnesium can also help you get a better night’s sleep, which is a common issue for those with bipolar disorder, it adds. Other magnesium rich foods include spinach, Swiss chard, soybeans, cashews, and black beans, says the source.

This isn’t a food on its own, but rather an herb that has been linked to emotional health, says Psychology Today. It works well with seafood, rice, tomatoes, and more, it notes.

More relevant to this topic, saffron has been traditionally used as a “calmative, antidepressant and anti-inflammatory,” and there have been a number of studies to back up benefits to mood in both humans in animals, it says. One double-blind trial study even found that capsules containing the petal of the Crocus plant (where saffron comes from) had the same effect on depressed subjects as Prozac (an antidepressant drug) over an 8-week period, it adds.

Again, you won’t sit down with a plate of probiotics to munch on, but several foods contain these healthy gut bacteria. Healthline.com says there’s currently a lot of buzz around how a healthy gut can benefit your overall health, including reducing inflammation.

But it’s more than just about your physical health, it adds. “Increasingly, researchers are finding that these types of bacteria that reside within us help control the state of our emotional health,” it explains. Fermented foods rich in probiotics include yogurt, kefir, kombucha, sauerkraut, kimchi, and miso, it says.

EveryDayHealth.com says that products such as skim milk, low-fat cheese, and yogurt are high in calcium and vitamin D, which we already noted is linked to mood. “These are great for your body for many reasons, including fighting depression,” says the source about low-fat dairy items.

It says that low-fat dairy is actually the richest dietary source of calcium and vitamin D, and that it also contains “specific peptides” (also known as proteins) that help promote a “sense of well-being and relaxation.”