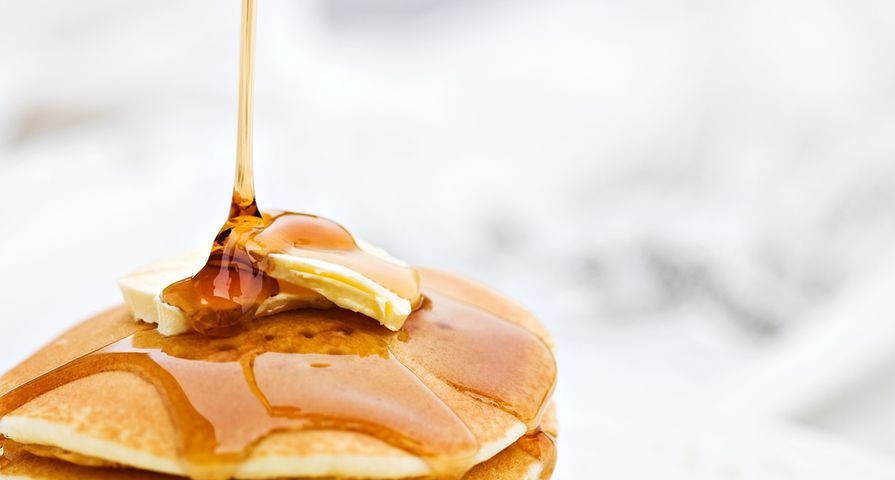 Gastritis Diet: Foods to Eat and Foods to Avoid
Maple Syrup is a staple in most homes, as a sweet drizzled topping for pancakes and waffles, desserts, and more. While there are many imitation syrups out there, nothing beats the real deal. It’s not cheap though, and may have you swapping out for the less expensive (fake) versions of the sticky stuff.

However, when shopping for syrup, there’s lots of reasons why you should be investing in the liquid gold 100 percent maple version for more reasons that just the taste of this perfect pancake topping. Maple syrup has more uses and nutritional benefits, than something that’s just flavored sugar (basically, corn syrup and a bunch of other crap). Here are some sweet facts and uses for maple syrup that may surprise you…

Maple syrup is incredibly high in antioxidants, as well as minerals. Each quarter cup of maple syrup contains approximately 100 percent of your recommended daily allowance of manganese, as well at 37 percent of riboflavin, 18 percent of zinc, 7 percent of magnesium, and 5 percent of calcium and potassium.

As for the antioxidant factors in maple syrup, it’s comparable to that of superfoods such as bananas, and broccoli! Welcome to the big leagues, maple!

3. Two Thirds Are From Quebec

Runner up in maple syrup production is Vermont, who produces about half a million gallons of maple syrup a year. They are the highest producers of it in the United States. The rest comes from a list of smaller production sites in North America such as Ontario and Maine.

When choosing a “cleaner” less processed form of sweetener for anything from baked goods to your morning coffee, consider making the change to maple syrup. The process of making maple syrup is simply boiling tapped sap down to a concentrate. Eating “clean” refers to intaking foods that have little to no processing, and maple syrup suits that category.

As for sugar, it’s typically made from mashing and beating sugar cane or beets. According to Livestrong.com, it’s then mixed with hot water, boiled and mashed, releasing juices. Chemicals may be added while refining. Those chemicals may include lime, diatomaceous earth and phosphoric acid. The juices are then filtered and whitened using carbon, bone char or an ion exchange system. Finally, granulated sugar is produced from the water evaporation off the juice. That’s a whole lot of processing.

Maple syrup is graded based on it’s color and flavor. In Canada, there’s three different grading categories. Category 1 pertains to extra light (AA), light (A), and medium (B) grades. Category 2 is an amber grade (C). Category 3 however, is the darkest (D) grade. In Quebec, where most maple syrup is produced, it’s only approved for use in industrial purposes.

In the United States, they operate under a different grading system where there’s only two categories – A and B. “A” refers to a lighter syrup used mainly as a topping such as for pancakes. “B” refers to the darker kind, used more for baking and cooking.

A 2011 study from the University of Rhode Island revealed that maple syrup has 54 beneficial compounds. What does that mean exactly? It means researchers are beginning to believe that maple syrup is actually a champion food, and can fight cancer, diabetes, and bacterial illnesses.

Ironic that a sweetener like maple syrup can actually be beneficial in diabetes management for Type 2 diabetes, but researcher Navindra Seeram stated “not all sweeteners are created equal.”

Just like honey, maple being high in antioxidants makes for a great face mask. Simply mixing it with other great ingredients such as yogurt and oatmeal, you can treat your skin to a moisturizing, cleansing mask made with wholesome ingredients.

Applying the mixture all over the face, sit tight for about 15 minutes, and rinse. You should notice immediately that your skin feels softer and smoother, moisturized, and reduced inflammation if you have any.

This is just a fun fact! Back in 2012, a man taking inventory in the Global Strategic Maple Syrup Reserve, in Quebec, discovered nearly 1000 barrels of pure maple syrup had been stolen. Maple syrup is called liquid gold for it’s taste, and it’s value, and this maple syrup heist was a robbery of nearly $18 million. It was one of the biggest thefts in Canadian history.

In 2013, 30 arrests were made, and about two thirds of the stolen maple syrup was recovered. The rest was never found as it had already gone to market, not unlike his piggy friends, because pancakes and breakfast sausage…mmmm…

In the process of creating syrup, it all starts with sap. Or, another word for maple tree sap is maple water. Nowadays, just like coconut water, maple water is on the rise. Maple water has a lower sugar content compared to coconut water, as well. This makes it an even better choice.

In keeping with all of the benefits of maple syrup, maple water is a hydrating alternative to natural water or sports drinks. Additionally, Shape.com suggests that since maple water contains abscisic acid (ABA), it  can aid in moving sugar through the bloodstream, as well as stimulating immune function. 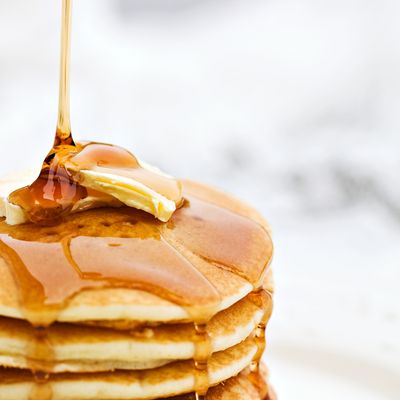