10 Bad Health Habits that Can Ruin Your Relationship 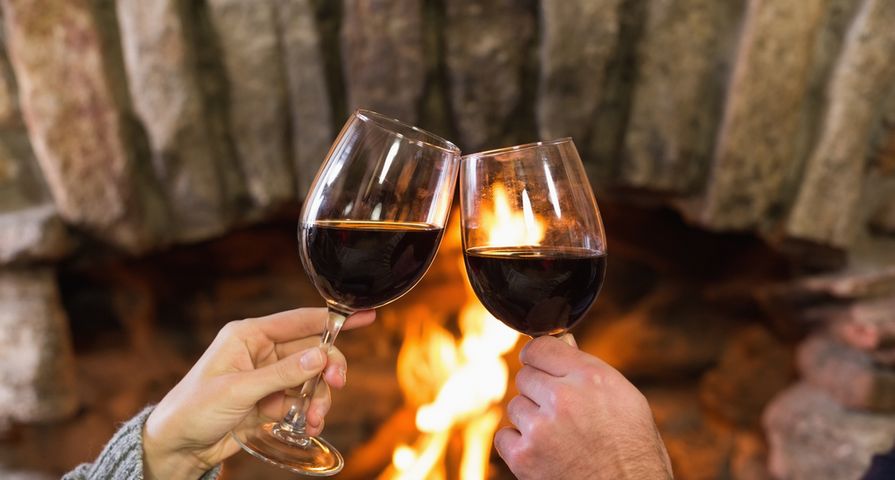 7 Reasons Why Love is All you Need for Healthy Living

Relationships take hard work and require commitment, support, encouragement and communication to keep them going strong. Unfortunately, we’re living in a time when the divorce rate is high – you have about a 50/50 shot at your marriage lasting, an extremely depressing thought. Some people believe the high divorce rate is from societal changes – the decreasing stigma towards divorce and women liberation – or from a combination of bad habits and changes in the relationship.

The fact is, a lot of things can lead to divorce, from infidelity and abuse to annoying and unhealthy habits. There’s often several reasons relationships fail, but there are things you can do (or in this case, not do) that could help your relationship succeed. Read on for 10 bad health habits that can ruin your relationship…

From guilt trips to anger, fights about health and the future, or setting examples for children, this bad habit can easily lead to splitting up. Smoking is absolutely terrible for your health, so kick the habit to save your relationship before it’s ruined.

12 Steps to Getting Real Emotional Honesty

This might not sound like an obvious bad health habit, but internalizing your feelings and holding back during vital times of communication can be quite damaging to your emotional health. Think back to your moody teenager years and you’ll likely remember having some pretty dramatic and intense fights with your parents or friends after letting things build in your head.

Keeping your emotions bottled doesn’t do either partner in the relationship a favor. You’ll either end up letting it all out at once, saying hurtful things that seem to tumble out of your mouth, or you’ll let it build in your head until you decide the relationship just isn’t worth it without even trying to fix what’s wrong.

It may sound vain to say you shouldn’t let yourself go when you’re in a relationship but there are serious health ramifications when you gain a significant amount of weight, and your partner is right to worry about the impact on your health. It happens a lot – people get too comfortable together and often stop exercising. And while the person you spend your life with shouldn’t judge you or be with you based on your looks, being overweight or obese can ruin a relationship.

The good news is, relationships can strengthen from working out together and staying active. Signing up for a class, marathon, or simply being active together is a good alternative to letting yourself go.

In a way, being lazy could be part of letting yourself go, but there’s a difference because your actions – or in this case, lack of effort – is unhealthy on several levels. Laziness can lead to physical inactivity, increasing your risk of heart disease, diabetes, and several forms of cancer. On top of that, laziness can also impact your diet.

When you or your partner lounges around on the couch all day or every evening after work, you’ll likely end up eating unhealthy foods. Not to mention that if you’re lazy about living a healthy lifestyle, you’re likely lazy about putting in the effort required to keep your relationship strong.

When your partner is drinking excessively, it’s bound to cause serious problems. They may not be considered an alcoholic by medical standards but they don’t have to be for you to worry about their health. Of course, the potential of it to develop into alcoholism is a definite fear.

Excessive drinking can lead to a range of health problems, causing damage to your liver, heart, pancreas, brain, and immune system. It also increases your risk of several cancers. The drinking issue in itself could ruin your relationship, but alcohol can also make people mean, emotional or abusive, or a combination of these things. The strain of this can ruin the relationship even faster.

Questions You Should Ask Every New Intimate Partner

6. Working Long Hours / Too Much

Workaholics – they’re everywhere. Over the years, people have begun working a lot more than your standard 8 hours a day, Monday to Friday, and relationships are ruined all the time because of it. Unfortunately, it’s pretty common for people to be checking and responding to emails in the evenings and on weekends, and even putting in a few extra hours once they get home from work.

Being plugged in to work when work hours are supposed to be over is not healthy. Working too much can lead to an increased risk of depression, back problems, heart disease, stress, and vision problems. So leave work on time, unplug, and keep be an equal partner in your relationship.

Whether you admit you’re a drug addict or not is irrelevant. Unless you’re both into drugs and ignore that it’s a bad health habit, drugs cause all kinds of relationship problems. Seeing someone you love choose to do drugs and seeing them high is difficult and upsetting. If you don’t quit the habit when asked by your partner, your relationship is going to eventually be ruined.

It might not be right away, as people in love tend to give a lot of chances and hold onto hope that you’ll change. But drugs can cause damage to a number of vital organs or even kill you, and there’s no reason for your partner to stick around for that.

8. Not Getting Help When You Need It

A lot of people in relationships can feel helpless when their partner doesn’t get the help they need to address, accept and manage a mental illness. Your mental health is just as important as your physical health, and when illnesses are ignored or swept under the rug, your relationship can suffer.

There are so many forms of mental illness, many of which are quite common. And there are resources available to help with all types of mental illness, from depression, anxiety and mood disorders, to OCD, eating disorders and psychotic disorders. Ignoring your options for help is bad for your health and often ends up ruining relationships.

This is another bad health habit that isn’t obvious but can most definitely ruin your relationship. Lying about anything is simply a bad move in a relationship. Relationships thrive on honesty and trust, and if you’re caught lying, especially about something big or on several occasions, it isn’t going to last.

Beyond causing distrust, arguments, and potentially breaking up, lying is stressful. It can really take a toll on you emotionally, adding a lot of stress on top of causing tension in your relationship. And if you’re lying about where you are because you’re being unfaithful, the stress can be extreme (assuming you have a conscience and don’t enjoy hurting people).

11 Drugs That Can Kill Your Libido

Okay, lack of sex isn’t a bad health habit and doesn’t hurt your health, but having sex can be very good for your health. According to Prevention magazine, sex can improve your self-esteem and even help your immune system. It can also help relieve stress and strengthen the bond with your partner.

In general, physical intimacy is an important part of a relationship. People have desires and physical needs, and when their needs aren’t met, tension creeps in. If left ignored, your relationship could suffer. Putting in some effort to maintain an active sex life could potentially improve your health and relationship – a win-win all around.