What To Know About Lucid Motors 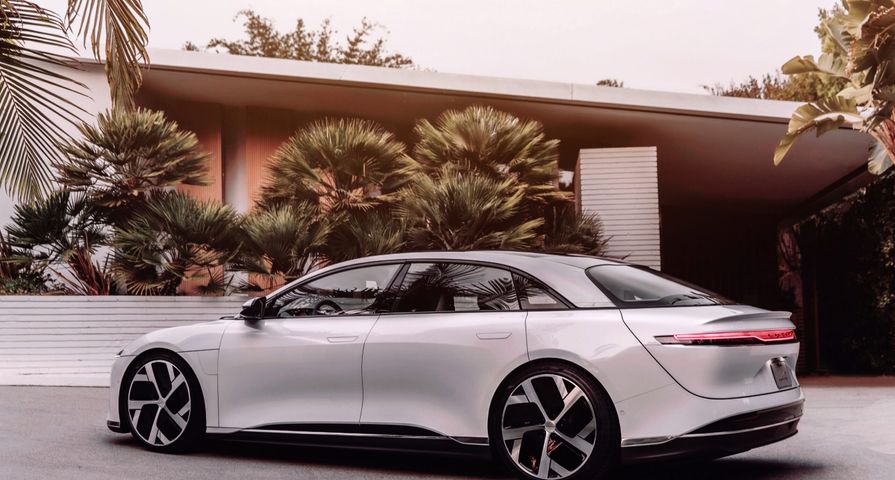 While you’ve heard of Ford, General Motors, Toyota, Chrysler and Tesla, you may tilt your head at the mention of Lucid Motors. While few people have heard of the company, it’s a huge contributor to the hybrid and full-electric vehicle market. Now, Lucid Motors is making a big splash with the announcement that it intends to produce luxury electric vehicles with incredible performance and range.

What happens in the next several years could shape the entire future of cars in North America. Read on to learn what Lucid Motors is and why you should care.

What Is Lucid Motors?

The company announced it would be debuting two new model lines in 2022 and 2023, and the first cars are set to hit the road at some point this year. Lucid Motors plans to follow this up with the launch of a full-electric SUV next year. 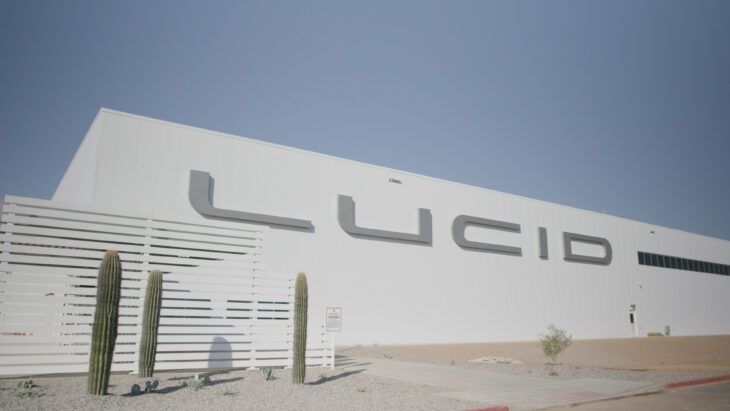 Where Did Lucid Motors Come From?

Lucid Motors has roots in California, where it was founded under the name Atieva in 2007. At that point, the company had no intention of producing its own vehicles and wanted to design and sell components to other automakers. Atieva developed and patented over 50 different technologies that are used in hybrid and electric car batteries and power trains.

After its successful venture in the battery and power train business, Atieva decided it no longer wanted to operate from the sidelines. In 2013, Peter Rawlinson left his positions as Vice President of Vehicle Engineering and Chief Engineer at Tesla to join Atieva. As Atevia’s new Chief Technology Officer, Rawlinson led the effort to pursue the production of a new electric vehicle. Two years later, Atieva changed its name to Lucid Motors. 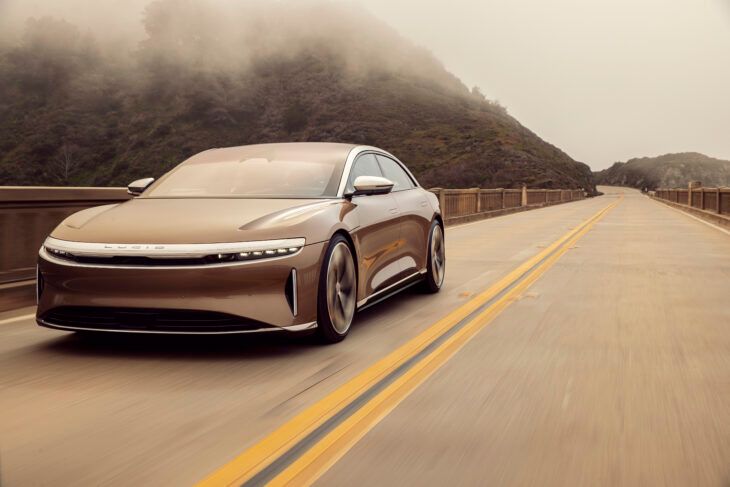 Why Should We Be Watching Lucid Motors?

With its ambition to become the front-runner in the full-electric vehicle market, Lucid Motors is a direct threat to Tesla. Unlike other companies that attempted to take Tesla on, Lucid Motors may have created the first car that’s able to surpass Tesla’s products in quality, reliability and range. Competition for control of this market is heating up, and the success or failure of Lucid Motors over the next several years could have a significant impact on how vehicles are designed for decades to come.

Lucid Motors has found a way to manufacture electric vehicles with over 500 miles of range. This is a game-changer because most people aren’t ready to own a full-electric vehicle, at least in part because of fears over getting stranded with a drained battery. They may live in areas that are a long way from the infrastructure needed to support one. As the range of electric vehicles continues to improve, they become an option for more people to consider. 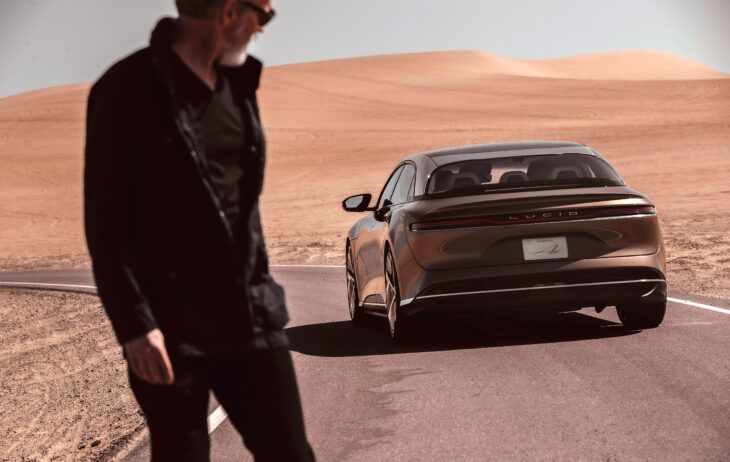 In 2016, Lucid Motors came to an agreement with the State of Arizona to lease 590 acres of land in Casa Grande for the construction of a research and production facility. The company named it AMP-1, a clever acronym that stands for Advanced Manufacturing Plant and refers to a unit of measurement for electric currents. Construction on the first phase of the facility was completed at the end of 2020.
Lucid Motors has a plan in place to construct additional facilities on the land to meet rising demand. The company can currently produce about 34,000 vehicles annually and has the ambitious goal of putting 400,000 of its vehicles on North American roads. 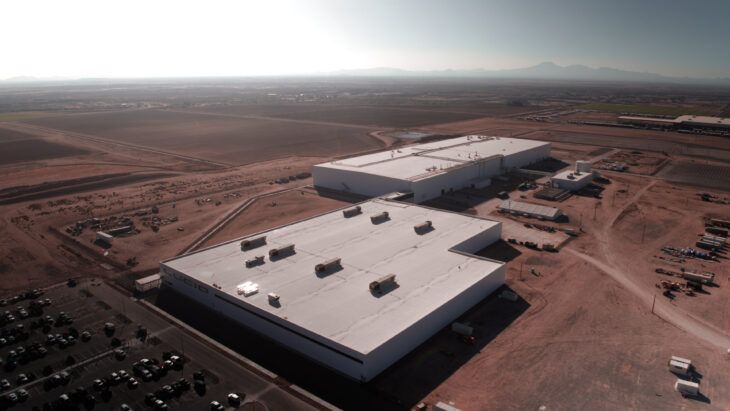 What Vehicles Are in Production?

Lucid Motors’ flagship model is the Lucid Air. The company began research and development for the model in 2016, announcing it would hit the market in 2022. While Lucid Motors plans to push the Air throughout North America, it’s also planning production overseas. In accordance with an agreement to construct a production facility in Saudi Arabia, the Public Investment Fund of Saudi Arabia invested over $1 billion in the company.

Lucid Motors is currently finishing the design of the Lucid Gravity, an SUV with a planned launch date in late 2023. Once final pricing details are released, customers will have an opportunity to reserve the Lucid Gravity. 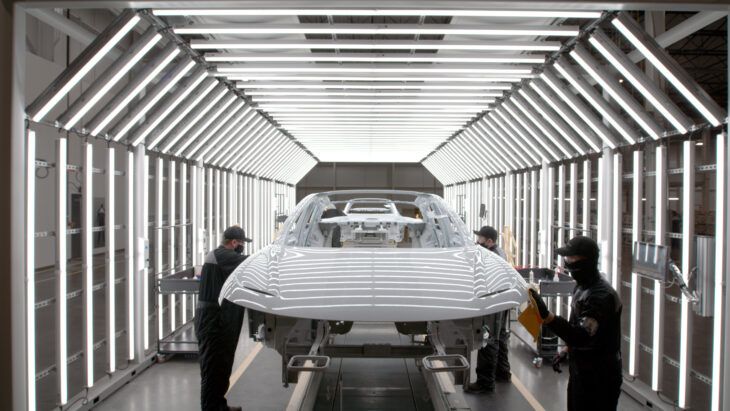 The Lucid Air was designed with the sole intent of rivaling the Tesla Model S. It’s a luxury sedan with a top range of 520 miles on a full charge. This isn’t a typical electric vehicle with a 200-horsepower engine, either. When fully upgraded, the Air is capable of accelerating from 0 to 60 mph in only 2.5 seconds. It produces over 1,100 horsepower to accomplish this feat.

The Air takes less than 40 minutes to charge when completely drained, and 20 minutes of charge time will take you an additional 300 miles. This means you can stop for something to eat, connect it to a charger and continue your trip when you’re finished. The Air also offers bidirectional charging, which means it can be used to provide power in an emergency or charge another vehicle that’s depleted of power.

The Air comes in the following trim levels: 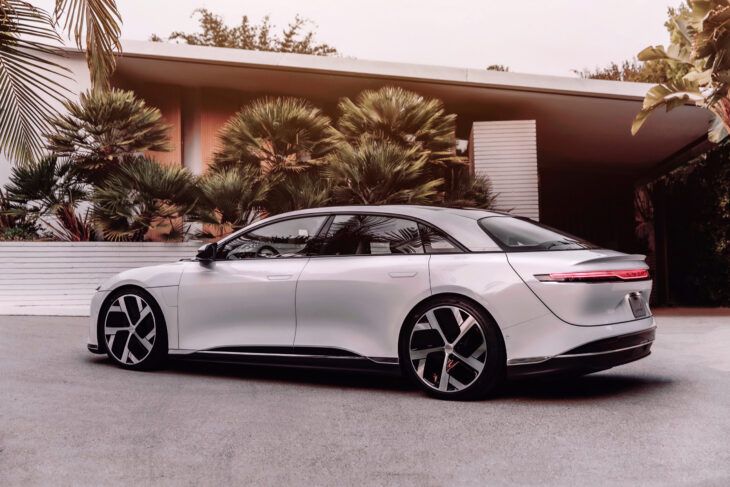 The Air Pure is the base trim level and starts at $77,400. Its range is 406 miles on a full charge, and it still packs a punch at 480 HP. It offers a standard leather interior with a Mojave theme, a standard driver assistance package with a suite of safety features, an optional Surreal Sound System, autopilot on highways and all-wheel drive. The infotainment system has a 34-inch screen that spans the steering column and connects with Alexa, so you can manage all your media and technology with voice commands. 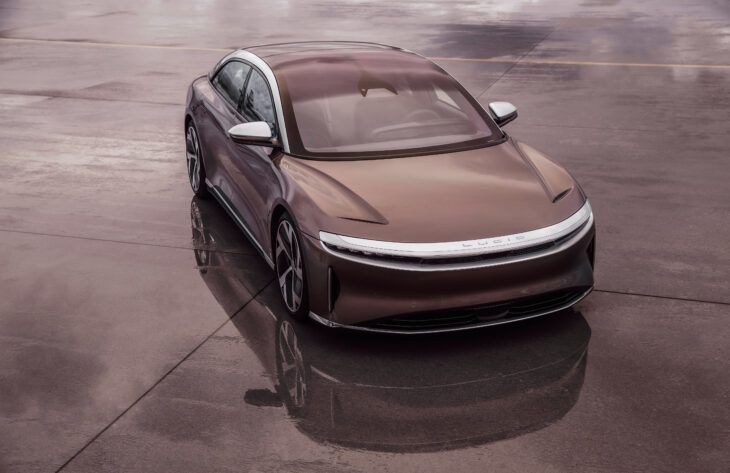 The Air Touring offers a power boost to 620 HP, along with other equipment upgrades. You can select a glass canopy roof, upgraded 21-inch wheels and natural grain leather with wood trim for your interior. All-wheel drive is a standard feature on the Touring trim, which starts at $95,000. 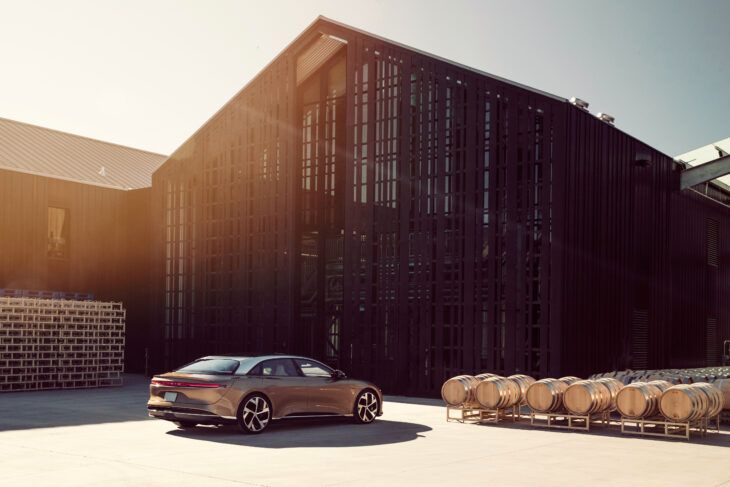 The Lucid Air Grand Touring trim increases your driving range to 516 miles on a full charge and boosts the engine power to 800 HP. This is enough to accelerate from 0 to 60 mph in only three seconds, giving it the thrill of a true race car to drive. The Grand Touring has a top speed of 168 mph, which is unreal unmatched in an electric vehicle. It starts at $139,000. 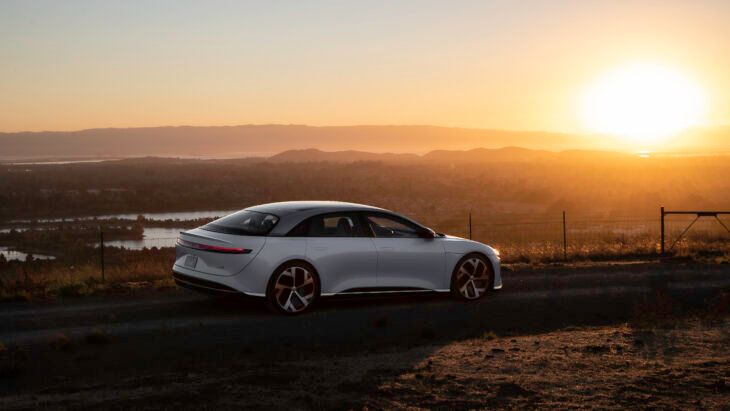 As the name suggests, the Air Dream trim performs like a dream. It offers up to 1,111 HP, accelerates from 0 to 60 mph in 2.5 seconds, has a range of 520 miles and has a top speed of 168 mph. It boasts an interior made from Nappa leather with natural wood trim and Alcantara inserts that aren’t available on any other trim level. The Air Dream starts at $169,000. 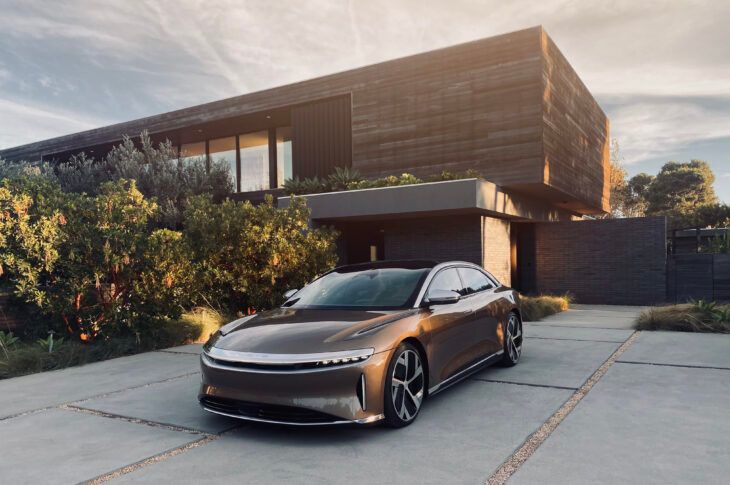 Not too much is known about the Lucid Gravity, which will be released in 2023. However, it is known that it’s a luxury SUV that seats seven people. The amount of passenger space is maximized with electrical components, such as the battery, that are miniaturized to take up much less space than the electrical parts used for other vehicles. The Gravity is expected to have an extended range, much like the Air. Pricing information is unavailable, but Lucid Motors stated that people who own the Air will be bumped up in line on the waitlist to reserve the Gravity. 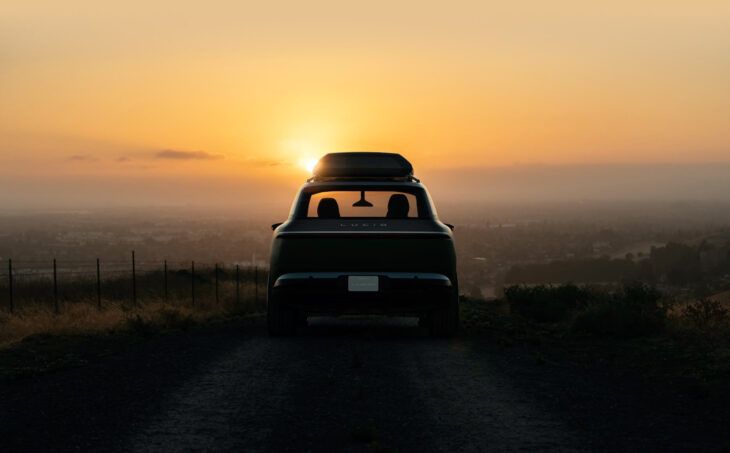 What Does the Future Hold?

Lucid Motors is sparking a revolution in the electric car market. If the company’s ambitions come to fruition, it can have a ripple effect across the entire automotive industry. The world’s largest automakers will be forced to produce their own electric vehicles with extended ranges. This could be what it takes to finally make full-electric vehicles marketable to the majority of North Americans. 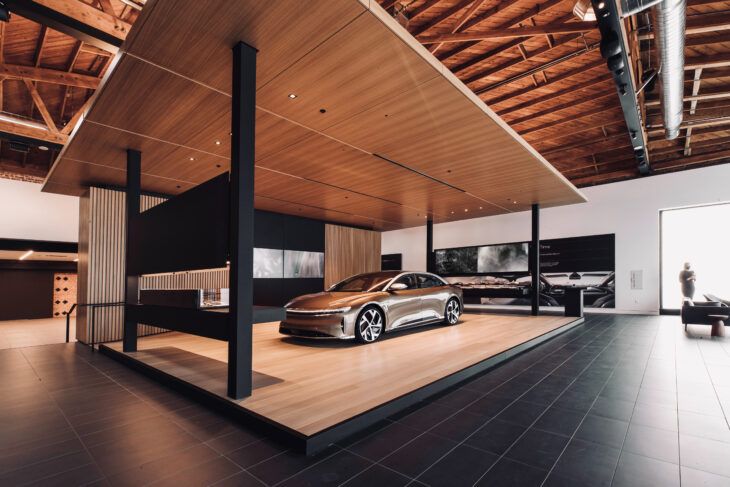 John Warbuck is a seasoned freelancer and ghostwriter who has covered a variety of topics throughout the years. When he's not at his keyboard, he can be found at the gym, mastering new recipes, learning more about the universe, or training his Australian Shepherd.