Myopia: Taking a Closer Look at the Symptoms, Causes and Treatments of Nearsightedness 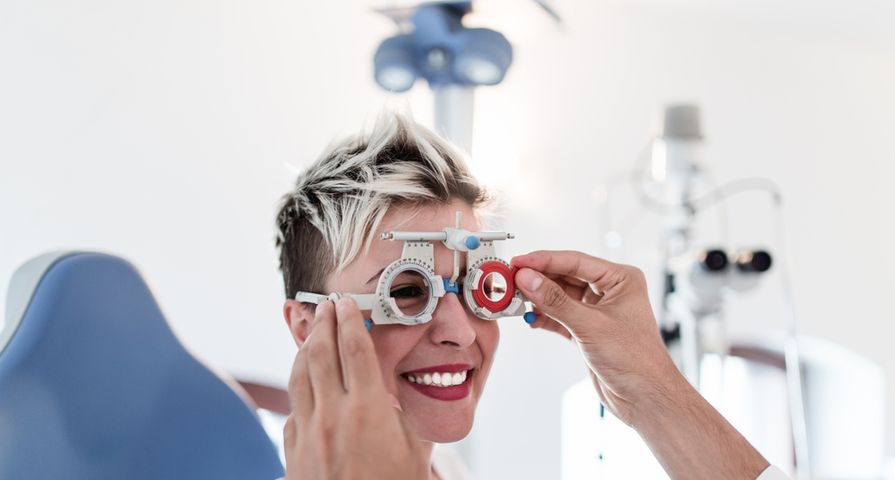 Diseases That Can Lead to Blindness

Defined as “the gradual or rapid decline of your eyes’ ability to focus on far away objects,” nearsightedness (or myopia, as it is medically known) affects approximately 25 percent of the American population.

Nearsightedness is a refractive error, which, according to the American Academy of Ophthalmology, means that the eye “does not bend or refract light properly to a single focus to see images clearly.” Let’s take a closer look at the symptoms, causes and treatments associated with this common disorder.

When someone has myopia, they will experience blurry vision when looking at things that are far away. Objects that are close by, however, can be seen clearly— hence why the condition is referred to as nearsightedness.

Additional signs of myopia include the need to squint or close the eyelids in order to see clearly, headaches caused by overstrained eyes, and difficulty seeing while driving—especially at night (called night myopia). Nearsightedness can also present itself in children, with one of the earliest and most common complaints being that they are unable to clearly see the blackboard at school.

There are a couple of different causes of myopia, including the eyeball being too long or the cornea being too curved. According to WebMD, if either of these structural issues occurs, “the light that enters your eye won’t focus correctly. Images focus in front of the retina, the light-sensitive part of your eye, instead of directly on the retina,” causing blurry vision.

A person is more likely to develop myopia if one or both of their parents is nearsighted, as it is considered to be hereditary disorder. Nearsightedness commonly develops during childhood, but in some cases may not present itself until adulthood.

In addition to it being passed on genetically, there are several other risk factors that can increase a person’s likelihood of developing myopia. Healthline.com says that it’s possible for adults to become nearsighted if they suffer from certain health conditions, such as diabetes.

The source cites visual stress as another risk factor, such as the eyestrain caused by spending a great deal of time in front of a computer screen or reading. The Mayo Clinic adds that some studies indicate a person’s chances of developing myopia may be increased if they don’t spend enough time outdoors.

How to Manage Your Child’s Diabetes with Confidence

Myopia is commonly diagnosed in children ranging in age from 8 to 12 years old, as the eyes are still growing and can change shape. To diagnose, an optometrist will conduct a standard vision test, in which the person is asked to read letters from a chart on the opposite side of the room.

According to the American Academy of Ophthalmology, if this test indicates nearsightedness, then a series of examination tools will be used to determine the cause and the state of the eyes. A retinoscope, for instance, in used to see how the light refracts off the retina. A phoropter will then be used to measure the amount of refractive error occurring. This helps the doctor determine the proper prescription needed for correction.

Thankfully, myopia can be easily treated, and there are several options available. Corrective lenses—such as eyeglasses or contact lenses—are the most common method. The National Eye Institute says they help to “refocus light rays onto the retina, instead of in front of it.”

Once the eyes have fully developed, refractive surgery becomes an option. The two most common types of procedures are LASIK and photorefractive keratectomy (PKR). Using different techniques, these surgeries change the shape of the cornea in order to achieve permanent correction.